Blue Energy And The Potential Risks To Animals

Harnessing “blue energy” from the oceans is a potential boon to reducing reliance on fossil fuels. But what does it mean for ocean-dwelling animals?
FULL TEXT The full text of this article is available.
PEER REVIEWED This article has been peer reviewed.
Summary By: Faunalytics | This is a summary of an external study | Published: September 29, 2016
Photos by Flickr user jopaha 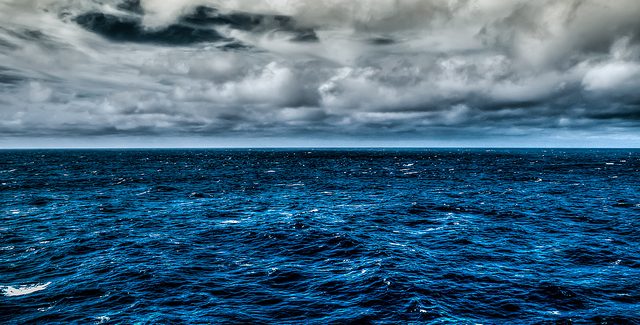 Blue energy—or marine energy—is generated by ocean waves and tides. It is an environmentally friendly energy resource that has yet to catch on in the green energy market. While marine energy is considered by some to be the world’s most expensive form of power, it also has the potential to generate a lot of energy at virtually no environmental cost. Considering that 44% of the world’s population lives within 150 kilometers from a coast, marine energy could become a powerful and dependable energy source. Still uncertain, however, are the impacts of marine energy systems on wildlife.

The most successful form of marine energy to date, tidal power, generates electricity when the shifting tide passes through an area with enough force to spin a turbine. There are multiple variations of tidal power models, but Marine Current Turbines are by far the most successful. As of 2014, its model had generated 90% of all tidal energy. But just as wind turbines pose a threat to birds, the underwater turbines in marine energy systems could harm fish and marine mammals, some of whom may be endangered.

Andrea Copping and her team at Pacific Northwest National Laboratory (PNNL) are evaluating the possible impacts of marine energy systems on the environment. Their first report, which came out in January 2013, looked at animal safety, turbine noise, and the effect of energy harnessing on ocean flow. In single turbine systems, both marine animals and ocean flow seem relatively safe. Copping and her team simulated an orca getting its head caught in a turbine blade. They determined that the orca would most likely survive with little more than a bruise.

Her team also found that fish seemed unaffected when continuously exposed to noise volumes equivalent to that generated by a single turbine over the course of 24 hours. On the other hand, the combination of multiple turbines, ships, and other ocean activity could create enough ambient noise to disrupt communication between animals such as whales and dolphins. Issues like these are important to consider because, as Copping puts it, “The oceans are everyone’s backyard.”

Like wind and solar energy, marine energy has the potential to become a viable alternative to coal power. It is encouraging that companies and researchers are modeling the impacts of marine energy systems on animals before the technology becomes widespread. Aside from a few small projects, the lack of funding and enthusiasm surrounding marine energy is slowing its progress. However, if it does begin to take off, advocates will need to keep a close eye on research showing its impacts on wildlife.

The Impacts Of Using Aquatic Mammals As Fishery Bait