This study shows that legalizing the trade in rhino horns produces uncertain results for the long term protection of the species.
ABSTRACT ONLY Only an abstract of this article is available.
PEER REVIEWED This article has been peer reviewed.
Summary By: karol orzechowski | This is a summary of an external study | Published: October 16, 2015
Photo by Flickr user Marat Assanov 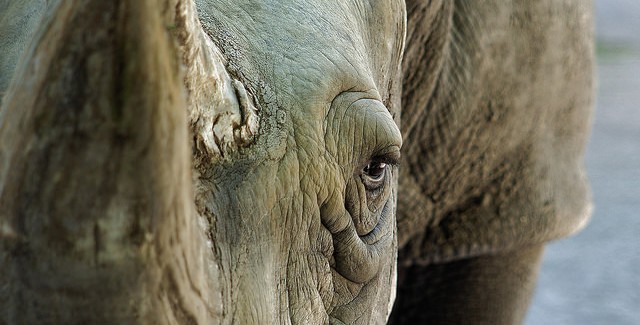 The debate over how to end the trade in rhino horns is crucial to the survival of the species. As the illegal killing persists, despite CITES regulations, anti-poaching efforts, and public campaigns, some studies have suggested that the best way to address the problem is through legalizing and tightly regulating the trade. Unfortunately, “as these issues are debated, poaching continues to increase, with the possibility that South African rhinos could be extinct in the next 20 years if current trends continue,” according to researchers.

Numerous studies have been conducted to try to understand how market dynamics work in relation to the trade. Research has shown that rhino horn is considered to be a luxury good, and that its market demand has increased dramatically over the last two decades. There is a need to understand what the “elasticities” are in relation to the demand for rhino horn; in other words, what are the factors than can reduce or increase consumer demand. It is claimed that very few studies have “adopted an empirical approach” to try to assess if a legal trade could be viable. Accurate assessment is difficult due to it being a black market industry, making empirical study on a scientific scale virtually impossible.

This study uses a modeling approach that looks at the interrelation of various systems and their participants, in this case it includes the producers, consumers, and the rhino populations. This is the first known study to use this method which was accomplished by combining the following:

(1) a population model determining the dynamics of rhino abundance; (2) an income model determining the response of rhino horn demand to changes in income; (3) a price model, evaluating the effect of price changes on demand; (4) a demand function that combines the income and price models, and (5) a supply model, consider the effect on game farm profitability of either legalised trade or no trade.

The researchers found that “price is an insignificant driver for demand and that demand is income responsive, except that rhino horn is now more of a luxury good than observed in her study more than 20 years ago.” This means that, rather than stemming demand, “a legal trade will increase profitability, but not the conservation of rhino populations. […] Lifting the trade ban seeks to influence demand through the price mechanism, and is likely to be less effective than non-price policies.” At best, the results are disparate, which leads the researchers to conclude that “international pressure to change perceptions from status symbol to pariah could well be decisive in conserving rhino populations,” rather than relying on market mechanisms.

The idea that there can be some kind of tightly regulated “sustainable” rhino horn industry has been rejected by many animal advocates. Other studies have pointed to the difficulties inherent in such a system, such as corruption within the regulatory system. This research shows that testing a “sustainable” rhino horn trade has led to inconsistent results that don’t seem able to be relied upon to risk actual regulation of the trade. Some people feel that a legal rhino horn trade would address the demand for the product while stopping the overall extinction of the species. The only alternative might be a return to a more straight-forward advocacy approach, through conservation, enforcement, and appeals to ethics. 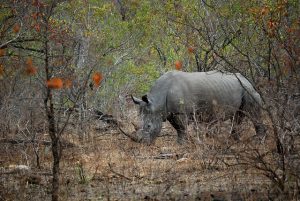