Real or perceived behavior issues among companion dogs can have serious welfare implications, but how well do humans recognize them?
ABSTRACT ONLY Only an abstract of this article is available.
PEER REVIEWED This article has been peer reviewed.
Summary By: Faunalytics | This is a summary of an external study | Published: September 12, 2016
Photo by Flickr user rotherz67er 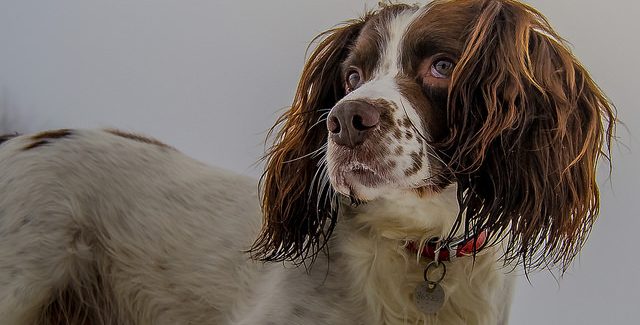 There are many ways to describe and define a dog’s “bad” behavior. Some studies refer to “abnormal” or “aberrant” behavior, but this may be confusing as it requires also defining “normal” behaviors. Some studies use the terms “malfunctional” or “maladaptive” behaviors, but those also have their own problems. In this study, researchers use “problematic” as an umbrella term to encompass the range of behaviors that can pose issues for both dogs and people. With many dogs being surrendered to shelters each year because of “problematic behavior,” it’s important to understand exactly what people consider “problematic.” Humans are the ones who ultimately make the decision to surrender animals to shelters based on an overall perception of what behavior is problematic, and the threshold is different for everyone.

This study set out to explore people’s perceptions of their companion dogs’ behaviors, the distinction between “problematic” and “undesirable,” and how people identify and deal with such behavior. The authors define “undesirable” as being behaviors that might be unpleasant or annoying, while “problematic” denotes behaviors that pose bigger issues that require intervention. The researchers also looked at how people’s perceptions might be associated with problematic behavior. They collected reports from 371 people with dogs over the age of one. They collected demographic information about both the dogs and people and asked questions about what people perceive as problematic and undesirable behavior, and how they address it.

Looking at the results, the human demographics broke down as follows:

The researchers note that the study is based on the self-reporting of people who live with dogs. There is undoubtedly some degree of subjectivity in the findings. That being said, the authors state clearly that improving the welfare of both people and dogs requires the identification of factors that have an impact on the dog-person relationship. It seems clear from the results, subjective though they may be, that people must be willing to recognize and address problematic dog behavior if anything is going to change. Otherwise, the wonderful adoption work done by shelters may be partly undone by relinquishments due to perceived behavior issues.