Some scientists think that artificial insemination may help to boost the numbers of endangered species. A great idea or an example of scientific arrogance?
FULL TEXT The full text of this article is available.
Summary By: karol orzechowski | This is a summary of an external study | Published: September 12, 2015
Photo by Flickr user islandconservation 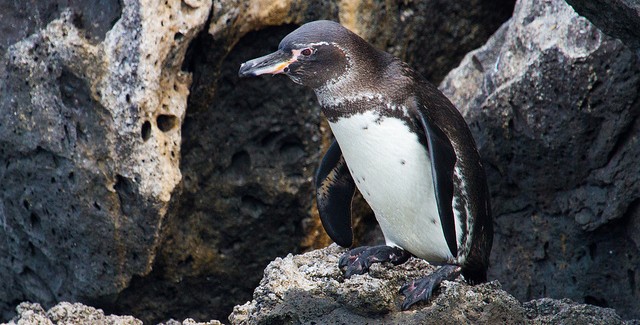 Every so often, a major breakthrough involving the birth of a single litter of animals is announced. Recent examples include a pair of giant panda cubs at the Smithsonian National Zoo, and eight black-footed ferret kits at the Smithsonian Institute. Why are these births such big news? Because the pregnancies were conceived by artificially inseminating captive wild animals. This article from National Geographic shows that, while researchers have made some recent breakthroughs, artificial insemination of wild animals remains a very difficult process, as well as a questionable solution to saving endangered animal species.

Getting captive wild animals to breed naturally can be a notoriously difficult task. Many researchers have turned to artificial insemination in an attempt to increase the populations of endangered animals. It also creates more genetically diverse captive populations, enabling captive facilities to easily share genes with each other. Its success, so far, has been somewhat limited. This article was published in August 2014, after Sea World announced the birth of two Magellanic penguins conceived through artificial insemination. Along with pandas and ferrets, there have also been successful births of a white-naped crane, Przewalski’s horse, and possibly, elephants.

Researchers say that two of the biggest hurdles to successful insemination are lack of knowledge about the reproductive systems of wild animal species, and difficulty handling the animals. Scientists are still trying to determine crucial factors for many species, such as when animals are fertile and what mix of hormones to give to females to make them receptive to sperm. For example, researchers at the Smithsonian’s Conservation Biology Institute have been unsuccessful at artificially inseminating cheetahs since 2003, in large part because female cheetahs don’t react consistently to the hormone therapies. The article concludes with a scientist predicting that artificial insemination will eventually be used to help reintroduce endangered animal species to the wild, but that it will likely take many years to get to this point.

For advocates, the idea of using captive breeding for conservation is already controversial. While researchers may be making genuine efforts to help save endangered species, this article shows that artificial insemination has only had limited success. Meanwhile, captive breeding—and the captivity of wild animals in general—raises a wide range of concerns. Since this article was published, Sea World has been under fire for a host of animal welfare complaints and some advocates have criticized the National Zoo for their handling of the recently-born panda cubs, one of whom died from natural causes five days after he was born.