A Look Into Reddit’s Anti-Vegan Community

This study takes an inside look into the social psychology behind discussions and beliefs on r/AntiVegan, a popular Reddit community.
FULL TEXT The full text of this article is available.
PEER REVIEWED This article has been peer reviewed.
EXTERNAL STUDY This is a summary of an external study.
Summary By: Lindsey Stowell | Original Study By: Gregson, R., Piazza, J., & Boyd, R.L. (2022) | Published: October 17, 2022
Photo by Gilles Lambert on Unsplash

With the ongoing rise of vegan culture, there has also been a startling increase in the number of people opposed to it. As veganism becomes more prominent, research has continued to show potential benefits of a vegan diet for both the environment and human health. With this in mind, researchers are exploring the motivations and discussions among people who claim to be against veganism.

This study aims to explore anti-vegan discussions among people actively opposing veganism in a natural, anonymous setting. Reddit, a social media platform with millions of users, has a group called r/AntiVegan that features ideal data for this study. The researchers collected all posts and comments in the group from 2014 to 2019. They used various methods of text analysis to understand how r/AntiVegan users differ from general Reddit users, what they discuss most often, and how the language of users changes over time as they engage with the community.

Regarding how r/AntiVegan users differ from other Reddit users, researchers found that they were more likely to participate in other Reddit communities that feature dark humor, taboo content, and self-deprecating humor. These groups feature titles such as r/AccidentalRacism, r/MakeMeSuffer, and r/DarkJokes. Previous research has shown a potential connection between violent media consumption and desensitization to violence. It’s possible that continuous exposure of r/AntiVegan users to darker content has contributed to some of their beliefs regarding the slaughter of animals.

A common theme noted in r/AntiVegan discussions is the topic of animal death. Users tended to argue about the inevitability of animals suffering, whether it be in nature or on farms. Notably, the users often agreed with vegans that animal harm should be minimized and factory farms should be eliminated. However, anti-vegan users argued that animals who are farmed humanely are better off than those left to have natural deaths in the wild. Many users promoted shopping responsibly by purchasing from sources that minimize waste and harm to the animals, such as local butchers and family farms.

Many anti-vegan arguments from r/AntiVegan fell into one of two categories: logical arguments based in science or narratives featuring experiences from ex-vegans. While some discussions featured genuine critique of research into veganism, many users criticized vegans for misusing scientific evidence for their cause. Meanwhile, there were many personal anecdotes or second-hand negative experiences with veganism shared in the community. These typically featured an ex-vegan outlining the negative health consequences of a vegan diet.

Health was a popular topic, particularly surrounding the potential dangers of a vegan diet. Users were primarily concerned with nutritional deficiencies that could result from a vegan diet. Many vegans take supplements for nutrients that are more difficult to obtain. In r/AntiVegan, this was seen as evidence that a vegan diet isn’t natural for humans.

Similar to vegans, it seems that anti-vegans hold their dietary beliefs as a central part of their identity and social life. Many r/Anti-Vegan users extended conversations about their beliefs into other communities on Reddit, such as r/DebateAVegan. Anti-vegan users commonly referred to vegans as militant and inflexible in their beliefs. Their posts reflected a strong dislike of moral messages that vegans use, particularly when they compare animals to oppressed minority groups. Because they proudly hold speciesist views, users argued that such comparisons are insulting. As a result, they might have been pushed further into their beliefs that farming animals is morally acceptable. Insights like this may help build vegan campaigns in the future as advocates learn what strategies to avoid.

When analyzing the language of active users in r/AntiVegan over time, the researchers discovered a fascinating insight into the community. Although 62% of users made a single post during the study, only 7% continued to post content after ten weeks. Additionally, only 18% of the original sample remained in the community after the first four weeks.

Those that remained active showed a shift in language over time. They tended to move from self-focused language (“I”) to more group-focused language (“we”). Although users started out with more authentic posts that defended their views, they showed more confidence over time that led to less evidence of critical thinking. It seems that as users connected with the community, they felt less pressure to defend their views.

Although r/AntiVegan represents a significant sample of people who are actively anti-vegan, Reddit users in general tend to be young, English-speaking men. That being said, this study reveals valuable insights into crafting new vegan campaigns. It also suggests a few commonalities between vegans and anti-vegans that can be used as a stepping stone for future discussions. Given the need to promote better eating habits for the environment and human health, it’s vital that we adapt how we advertise veganism to fit people of various beliefs. Although there will always be people who are anti-vegan, we can convey a more accepting vegan culture (and encourage vegan retention) by understanding the motives behind those who oppose it.

Author: Lindsey Stowell
Lindsey is a software engineer who is beginning to explore her passion for design. In her free time, she can be found reading, writing, or hiking with her giant rescue dog. She loves animals and wants to help advocate for them in any way she can. 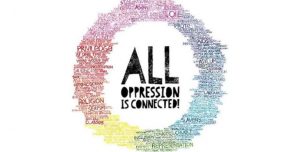 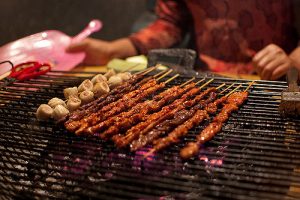 Eating meat is in many ways a process of dissociation on the part of the meat eater. A new study looks at why and how this phenomenon occurs.