We Demand Justice For Animals. What About People?

Racial injustice is an ongoing issue in the animal protection movement. We must acknowledge this failure, seek reconciliation, and open our doors to engage with all people who care about animals.
FULL TEXT The full text of this article is available.
EXTERNAL STUDY This is a summary of an external study.
Summary By: Sara Streeter | Original Study By: Reisman, A., Brown, A., & Reisman, A. (2022) | Published: March 4, 2022
Photo by Wokandapix on Pixabay

The farmed animal protection movement (FAPM) faces off against one of the most powerful and entrenched industries in the world: animal agriculture. To achieve our goals for animals, we need all hands on deck. But the movement is still largely white, which can lead to homogenous thinking and hinder progress. Furthermore, many mainstream advocates have no idea what life is like living next to a factory farm, wondering where their next meal is coming from, or working in the brutal conditions of a slaughterhouse. In other words, as a movement, we have failed to include those most affected by animal agriculture. And those people are mostly Black, Indigenous or People of the Global Majority (BIPGM).

To answer questions about racial equity in our movement, the nonprofit organization Encompass sought to learn about the experiences of people of the global majority so we can identify our shortcomings and map out a path for improvement.  Encompass commissioned Equity Based Dialog for Inclusion (EBDI) and enlisted support from Faunalytics to conduct surveys and interviews with U.S.-based farmed animal nonprofit leaders, staff members, and funders:

From the data collected, researchers created a set of seven recommendations across three categories. The first three items focus on recognizing and acknowledging the harms caused to BIPGM from racial discrimination in the movement. The next two suggest ways to reconcile with those we have harmed and excluded from our movement. The final two recommendations offer specific actions that movement leaders can take to begin to rectify some of the ongoing injustices. The recommendations are as follows.

Continuing to ignore issues of racism in the farmed animal protection movement is not an option. Changing how we operate to the benefit of humans and animals is not only the right thing to do, it’s also the effective thing to do. To make strides in this direction, we must confront the movement’s historical lack of racial equity and recognize how the oppression of BIPGM continues to play out within our own organizations. BIPGM advocates will engage with us fully only when they see themselves represented on our boards, in our leadership, on our staff rosters, or as public voices for animals. Anything less, and we risk perpetuating harm while losing the battle to end animal agriculture.

Reisman, A., Brown, A., & Reisman, A. (2022). Voices of the movement: Toward an equitable farmed animal protection movement. Encompass Movement. https://encompassmovement.org/research 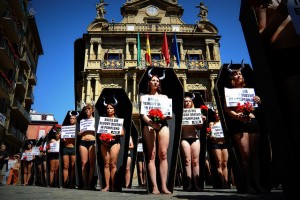 Animal advocacy is most often represented by certain media as white, female, and thin. Where's the diversity? 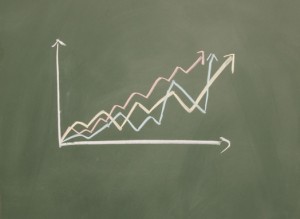 The favorability of animal protection as a cause remains high, and a solid majority of Americans believe that animal welfare is important for all animals.