This study looks at the intersection of feminist ideals, vegetarianism, and self-objectification, (body shaming and disordered eating).
ABSTRACT ONLY Only an abstract of this article is available.
Summary By: Faunalytics | This is a summary of an external study | Published: July 8, 2016
Photo by Flickr user wonderlane 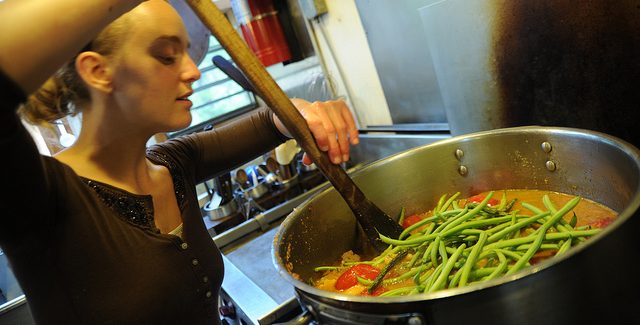 Researchers (including Faunalytics) have studied the motivations for becoming vegetarian or vegan for many years. Some of these scholars have suggested that women “engage in vegetarianism” as a way of extending their feminist activism and ideals. Others have looked at the possibility that some women may use vegetarian or vegan diets as “a way to ‘hide’ disordered eating.” Of course, motivations for being veg*n are complex. In our experience, it’s rarely a single reason. Likewise, defining “disordered” eating is tricky. In this study, researchers looked at three different aspects of “self-objectification.” These included “body surveillance, body shame, and appearance control beliefs.” The researchers then sought to understand how these different aspects differ among veg*n, semi-veg*n, and non-veg*n women.

The study collected data through in-depth online surveys of college-age and older people in the U.S. The sample included 386 women, 108 men, and 3 people who identified as transgender, but only the women were included in the analysis. 11% of the respondents were veg*n, 11% were semi-veg*n, and the remaining 78% were non-veg*n. The researchers found “significant differences” between the three groups when it came to their dietary motivations, including between veg*ns and semi-veg*ns. They found that vegetarians and vegans were most likely to “endorse higher levels of feminist activism.” They also did not exhibit increased self-objectification. Perhaps surprisingly, semi-veg*ns were most at risk for self-objectification. They also “experienced the highest levels of body shame, and were more likely to endorse weight control.”

The results are geared towards “clinicians and researchers” so they can “keep these differences in mind when exploring potential relationships between vegetarianism and eating/body image pathology.” However, the results may also be useful for vegan and vegetarian advocates to consider. And we should be especially conscious of how our messaging and materials could potentially reinforce body image issues among women (and girls) who may self-objectify.

Giving restaurant-goers menus where veg items are the default items on the menu can significantly increase consumption of meat-free food.