Biologists use modern activity trackers to gather information about animal behavior and associated energy expenditure.
FULL TEXT The full text of this article is available.
Summary By: Lukas Jasiunas | This is a summary of an external study | Published: March 22, 2017
Photo by Flickr user islandconservation 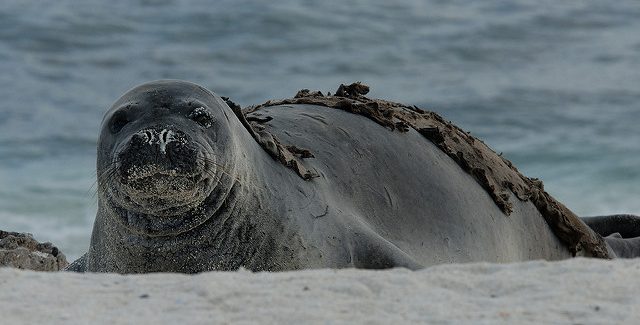 Tracking animal activities provides data that can help us ensure the survival of many species. For example, researchers in Hawaii are using accelerometers, tiny GPS-like electronics that are capable of recording the direction and speed at which an animal is moving, to monitor the behavior and energy use of Hawaiian monk seals. This marine mammals’ population has been decreasing steadily by over 3% each year. One hypothesis is that most seals waste a lot of energy swimming long distances to catch prey, an issue brought on by ever-increasing human activity along the shores of Hawaii. However, one small group of seals are doing surprisingly well. Using fitness tracker-like devices, scientists are gathering data that they hope will shed light on the reason for this group’s success. The data could also be used to help other groups of seals regain sustainable populations.

In another example, researchers are using fitness trackers to observe the changing behaviors of polar bears as sea ice melts. Polar bears have been shown to swim two to three times farther now than they did 20 years ago. This movement data combined with measured oxygen consumption provides the necessary information to calculate how much energy polar bears spend trying to find sea ice for resting, hunting, and breeding.

The ability to closely monitor the activity of otherwise evasive wild animals with fitness trackers also reveals new information about their behavior. For instance, one study looked at why farmed fish tend to exhibit signs of reduced growth and development. Due to crowding or inbreeding, malformed fish use more energy when swimming and competing for food, which leads to impaired growth. Another study found that wild scallops spend only about two minutes moving about each day. Researchers discovered, however, that farmed scallops exhibit defensive and evasive movements much more frequently, using 40% more energy than their wild counterparts. It is believed that nearby human activity causes this additional energy expenditure.

In areas of overfishing, predatory animals may be forced to prey on new species when their traditional food sources are depleted. But this behavioral change may not be beneficial for predators. For example, motion tracking studies show that penguins seldom choose to pursue squid because penguin bodies are much better adapted for hunting fish, which they do by darting upwards from below their prey. Furthermore, squid tend to dive into the depths when intimidated, an energy demanding path for penguins. The data suggests that to preserve penguin populations, some countries might need to limited fishing in certain areas to prevent overharvesting vital prey species.

More than 130 papers on animal tracking have been published since 2009, and accelerometers are now the preferred tracking technology. Researchers plan to collect enough data about animal behavior so that they can take action before climate change and habitat destruction affect the well-being of wild animals irreversibly. Avid animal rights advocates will be glad to learn that advanced motion monitoring technologies have the potential to lead to even more low-intrusion studies on the behaviors and energy expenditures of wild animals. Furthermore, the entire field of animal energetics can aid in finding new ways to reduce animal suffering, be it in the wild or on farms.