Research Suggest 98% Of The U.S. Are Meat Eaters

This study examined the number of meat eaters in the general population and found that the 18-24 age bracket were 3 times more likely than the general population to be vegetarian.
FULL TEXT The full text of this article is available.
Summary By: Faunalytics | This is a summary of an external study | Published: September 28, 2007
Image by Unsplash user Annie Spratt

This news alert summarized a Mintel study revealing that young adults, age 18-24 are three times more likely to be vegetarian than the general population.

Adults age 18-24 are three times more likely than the general population to follow a vegetarian diet.

10% of the general population does not eat fish or seafood.

Nearly 70% of vegetarians say the exercise regularly, compared to 38% of non-vegetarians.

Vegetarians are twice as likely as all respondents to snack on healthy foods. 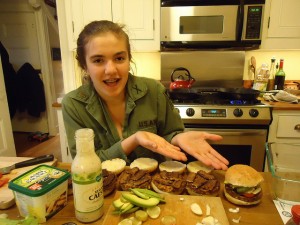 Gallery image with caption: Teen Vegans Get By With A Little Help From Their Friends (and Subculture)

This research finds that supportive friend networks and punk rock culture can be major factors to help young people become vegan and maintain the diet.

A study of vegetarians between the ages of 15-25 has found that they are at higher risk of binge eating, unhealthy weight-control behaviours and disordered eating.

This news article discusses the attitudes of youth toward vegetarianism and meat consumption based on interviews and recent polls.