The End of Captive Zoo Breeding

Captive breeding programs in zoos have reached the limit of their effectiveness, and population growth is declining. Where do we go from here?
ABSTRACT ONLY Only an abstract of this article is available.
PEER REVIEWED This article has been peer reviewed.
Summary By: karol orzechowski | This is a summary of an external study | Published: August 25, 2015
Photo by Flickr user nationalzoo 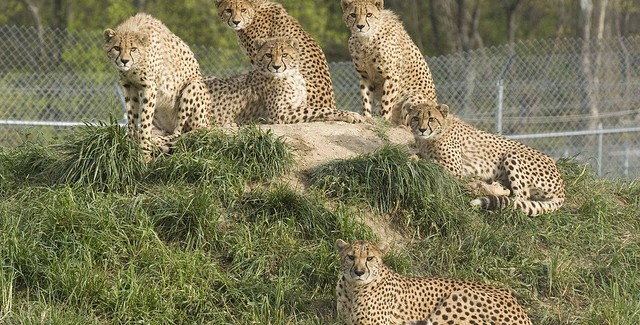 Zoos often claim that their captive breeding programs help with wildlife conservation, and that the breeding of animals by zoos is a key component in re-establishing wild populations. It’s a rhetoric and a public relations strategy that has helped to keep modern zoos open and running in spite of public opposition and protest at the living conditions of animals. Along with minimal education programs of questionable value, zoos’ participation in breeding programs has given them a way to positively spin their organizations from a PR standpoint, while remaining, at their core, a business that profits from the captivity and misery of animals.

This study, published in Conservation Biology, calls into question the value of zoo breeding programs, and suggests that these projects may have reached the limits of whatever usefulness they might have had. The researchers note that, while many other aspects of captive breeding programs have been studied — whether they are cost effective, how species are selected, the difficulty of maintaining genetic diversity, etc — there has not been rigorous analyses “focused on the basic question of whether large programs have succeeded in the specific sense of increasing captive populations. It also has not been shown whether full captive-breeding capacity has already been reached.” To carry out their research, the authors looked at “studbooks” (records that zoos keep about births, deaths, and end-of-year totals of individual animals) which the International Zoo Yearbook has kept track of since 1972. The study focused on mammals, and only followed species if they had a population of 250 as a sum-total population of the years from 1972-2013.

The research found that there was a great expansion of breeding programs and populations in the 1970s and 1980s. However, over the last decade or so, rates of growth have slowed considerably, and, as documentation of studbooks has increased, this slow down in growth has become even more apparent. The study notes that “individual zoos seem to have already set aside as much space for captive breeding of mammals as they deem fit,” and that “the evidence suggests there is literally not enough space in the world’s zoos right now to substantially increase the number of truly successful captive breeding programs.” Interestingly, the research also shows that “much effort is expended on species that are not endangered or are otherwise not good candidates for eventual restocking of wild populations.” Zoos are interested in breeding programs, but they lean towards species that are “drivers of attendance,” rather than relevant to conservation goals.

For advocates, this study shows that current captive breeding programs in zoos have reached their limit. While zoos can (and will) continue to promote their breeding programs to the public as a way of generating interest, traffic, and revenue, we should be wary of how much they claim to accomplish, even within their limited framework. Astute advocates will also notice that this study only examined captive breeding programs, and there is no information in here as to whether these programs actually result in any meaningful positive outcomes for wild populations. Considering the difficulty inherent in wild animal re-introductions, positive outcomes are not likely. Captive animal advocates can look to this study as evidence that captive breeding in zoos is ineffective. Keeping and breeding animals in captivity to “save” them, after humans have destroyed their habitats or hunted, trapped or traded them to near-extinction, is a great ethical irony that shouldn’t be lost on anyone.