Economic Impacts Of Hunting, Fishing And Wildlife Watching In Colorado

This report examined the economic impact of wildlife-related activities; hunting, fishing and wildlife watching, that took place in Colorado 2001 and 2002.
FULL TEXT The full text of this article is available.
Summary By: Faunalytics | This is a summary of an external study | Published: July 25, 2012
Image by Pixabay user ATDSPHOTO

This report modeled the economic impacts of wildlife-related activities in Colorado in 2001 and 2002. While hunting and fishing are often considered a large part of the tourism economy, this report indicates that wildlife watching also contributes significantly to the economy.

The Colorado Division of Wildlife commissioned BBC Research & Consulting to create a model estimating the economic impacts of hunting, fishing and wildlife watching in Colorado. In 2002, hunting and fishing contributed an estimated $1.5 billion to the economy and supported around 20,000 jobs. However, the total economic impact of hunting and fishing appeared lower in 2002 than it was in 1996.

The link below will being an automatic download of a PDF of this report. 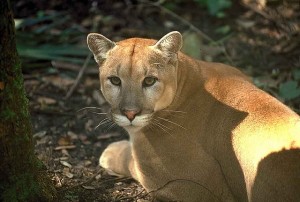 Camouflage-Collar Crime: An Examination of Wildlife Crime and Characteristics of Offenders in Florida

This study involved a large-scale analysis of thousands of wildlife crimes in Florida in an effort to uncover a categorization scheme for such offenses.

A public opinion survey from Michigan on the acceptability of killing wildlife reveals 56% of people support hunting for food, while 89% agree with lethal measures to erradicate wildlife diseases.