The Adoptability Of Hoarded Cats

Little is known about the medium- and long-term behavior and outcomes of cats adopted from hoarded homes. A recent study found that such animals are just as “adoptable” as other cats.
FULL TEXT The full text of this article is available.
PEER REVIEWED This article has been peer reviewed.
EXTERNAL STUDY This is a summary of an external study.
Summary By: Trent Davidson | Original Study By: Jacobson, L.S., Ellis, J.J., et al. (2022) | Published: November 29, 2022
Photo by Dietmar Ludmann on Unsplash

An overlooked issue in animal welfare is the phenomenon of “hoarding.” In short, this refers to a problematic accumulation of too many companion animals without the space or resources to care for them. Cats in hoarding situations often suffer from inadequate nutrition, unlivable conditions, and insufficient veterinary care.

Such chronic exposure to stressors has negative impacts on the animals’ well-being. Cats are typically the most commonly hoarded companion animal, making up the majority of cases. To date, however, few studies have looked at the effects of hoarding on cats’ behavior and health outcomes later on. While some previous research did look at dogs, these findings aren’t necessarily relevant for cats.

To carry out the study, the researchers pulled from case files of cats turned over to the Toronto Humane Society between 2011 and 2014. Data on whether the cats were returned after adoption extended all the way to 2019. To identify cats from hoarding conditions, a shelter veterinarian, manager, or community advocate determined whether they were being rescued from an environment with (a) more than a typical number of companion animals, and (b) whether that environment failed to provide adequate nutrition, sanitation, shelter, and veterinary care.

The first part of the study involved documenting the cats’ behavior at intake. This “behavioral score” was simply a subjective assessment by a veterinarian or veterinary technician marking whether the cat was friendly, tense, hissing or growling, aggressive, or required sedation to be handled. Post-adoption surveys were sent out a month after each cat was in a new home and asked questions about the cat’s personality when they arrived, if and how that had changed, and how long this change took.

In addition to baseline personality, the researchers calculated a “socialization score” for each cat, with possible values of “unsocial,” “undersocial,” “social,” and “supersocial.” They also explored specific behaviors such as food anxiety, excessive vocalizations, neediness, over-grooming, destructive habits, and relationships with other cats or animals in the house. Finally, to compare adoption and return rates between hoarded and non-hoarded cats, the team recorded the number of returns among both groups. In total, the sample included 195 previously hoarded cats and 2,662 non-hoarded cats.

Using statistical techniques, the authors found no significant difference in return rates for behavioral reasons between hoarded and non-hoarded cats. Likewise, the “problematic” behavior of defecating outside a litter box — something the authors noted may be common within a hoarding environment, due to a lack of suitable, hygienic litter boxes — was rare among the hoarded cats. As such, the authors argue that litter box problems are not necessarily caused by hoarding situations.

Importantly, then, this study demonstrates a good chance of successful adoption for hoarded cats even without the use of formal behavior training. The people adopting hoarded individuals were nearly all happy with the decision and positive towards the respective cat, with returns being fairly uncommon. Moreover, a significant number of the cats scored as “supersocial” or “social” once they had time to get used to their new home. This indicates that most cats are likely to experience well-adjusted emotional states in a caring home.

Loving, safe homes can offer hoarded animals the chance to experience affection and improve their welfare —and lessen the burden on shelters. Animal advocates can use the results of this study to work against the stigma of adopting cats from hoarding situations. By providing enriching, caring environments, and extending even a little patience, we can greatly improve the lives of millions of companion animals currently living in shelters. 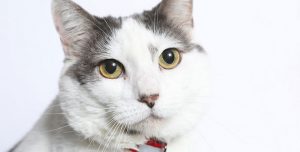 Maintaining human contact with shelter cats can make a difference in their health state, with implications for shelters across the country and the world.