Cats In Cages: Enrichment Vs Environment

New research suggests the welfare of cats in cages depends not only on what's inside the cage but also on the immediate surroundings.
ABSTRACT ONLY Only an abstract of this article is available.
PEER REVIEWED This article has been peer reviewed.
Summary By: Faunalytics | This is a summary of an external study | Published: August 22, 2016
Photo by Flickr user bfishadow 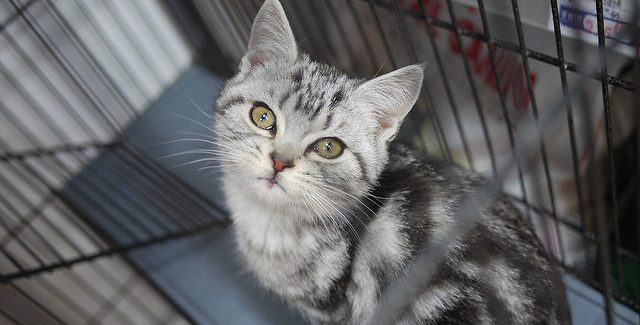 Animal shelters, kennels, and other organizations that house cats in cages often seek to improve welfare by providing enrichment inside cages, such as toys and spaces to hide. This study, published in Applied Animal Behavior Science, evaluates how both cage enrichments and outside environmental factors impact cat behavior and welfare. The results offer some interesting findings for cat caretakers.

In the study, 76 cats volunteered by their guardians were held in cages and observed for 48 hours. The cats were divided equally into four treatment groups: combinations of managed or unmanaged macro environments (rooms that did or did not feature regular husbandry schedules and minimal noise and disruptions); and enriched or unenriched micro environments (cages within the rooms that did or did not feature a box that cats could hide in and perch on). The authors collected data on factors such as eating habits, bowel movements, sickness behavior, body positions and other behaviors, and responses to a stranger, then compared results for each group. Significant findings include the following:

The authors note that there are two significant takeaways from the study, both of which offer guidance for shelters and other organizations that house cats in cages. The first is that cats require a period of adjustment time in order to acclimate to new environments. As the majority of cats in the study acclimated to confinement at the end of the 48 hours, the authors suggest that this may be the minimum amount of time needed.

Secondly, the authors state that when it comes to the welfare of cats housed in cages, “the macro environment appears to be at least as important to the cat as the micro environment.” In simpler terms, the environment surrounding caged cats—including noise levels and care routines—is likely just as important as the enrichment provided inside the cages. The authors recommend that caretakers seeking to improve caged cat welfare take steps including “modifications to husbandry protocols, management changes such as decreasing noise levels, and housing cats in areas away from dogs.” 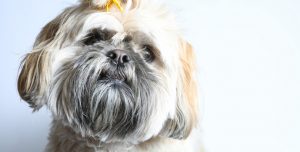 Companion Animal Surrendering: What Are The Most Common Human-Related Reasons?

Some companion animals are relinquished to shelters because of the life circumstances of their human guardians. This review looks at the numbers.