Some Zoos Want To Do The Right Thing, But…

Zoos may offer enrichment to their animals, but keepers don’t always know why, how, or even who it’s meant to benefit.
FULL TEXT The full text of this article is available.
PEER REVIEWED This article has been peer reviewed.
EXTERNAL STUDY This is a summary of an external study.
Summary By: Sara Streeter | Original Study By: Tuite, E.K., Moss, S.A., et al. (2022) | Published: April 25, 2022
Photo by Frida Lannerström on Unsplash

Zoos, at least the accredited ones, often try to provide good care for their animals. Ideally, this includes enrichment, to stimulate their charges both mentally and physically. Enrichment involves introducing novel and varied sensory stimuli in the form of objects, materials, or training practices. It should be planned carefully with thought to variety and interest on the part of the animals. Keepers should also record and assess the responses. Done well, enrichment practices can significantly improve the welfare of captive animals. Unfortunately, zoos don’t always meet these goals.

Researchers in this study sought insight into why zoos don’t always offer effective enrichment to their animals. They conducted semi-structured, in-depth interviews with 23 zookeepers in 12 accredited zoos in Australia, New Zealand, Europe, Southeast Asia, South Africa, and the U.S. The authors focused on keepers who worked with big cats such as tigers, lions, leopards, and cheetahs. This is because big cats are popular zoo animals, and they often display signs of negative welfare if they don’t receive enrichment in captivity.

Analysis of the interviews found perceived barriers and enablers to enrichment practices. The authors grouped these into five themes, described in the keepers’ own words.

According to respondents, zoos are inherently risk-averse. Thus, enrichment practices tended to avoid both actual hazards (e.g., safety) and perceived hazards (e.g., negative publicity). Public perception was a key issue for the keepers, who considered the aesthetics of enrichment items for animals on display. For example, they avoided “unnatural” enrichment objects because they didn’t want a visitor complaining to management. And in some cases, considerations of public perception ranked as high as animal welfare and safety in decisions about enrichment.

Focus On The Physical

Zoos often prioritize the physical well-being of animals over their mental health. Thus, the keepers were more concerned with things like malnutrition than enrichment. In these cases, enrichment often occurred only when it was part of physical care, such as feeding in a way that encouraged natural exploration or hunting behavior. Some of the keepers expressed that they were more concerned with an animal’s physical needs because they wouldn’t be reprimanded for failing to provide enrichment. Others tended to approach enrichment in a reactive way, i.e. only when an animal started displaying abnormal behaviors. At best, enrichment was used to solve problems, not to make animals’ lives better.

Struggle To Understand The Goal

When zookeepers did provide enrichment, the goals weren’t always clear. This left keepers unsure as to why certain enrichment practices had been selected. For example, some keepers only selected enrichment based on what would look good to the public, or what would maintain their accreditation. Keepers didn’t always know what behavioral response to look for when enrichment was provided, and if no obvious response appeared, the enrichment was sometimes withdrawn. While some keepers expressed that enrichment was for the animals’ benefit, still others tried to use it as a visitor enhancement opportunity by offering enrichment shows to entertain viewers.

Can’t Always Provide What They Should

Keepers expressed that the enrichment demands for a wide variety of animals could be overwhelming. Thus, they often focused on efficiency rather than on welfare needs of each animal. Also, some animals, such as big cats, were viewed as destructive. Limited resources meant that these animals were less likely to get varied and effective enrichment. Keepers evaluated the tradeoff between resources invested and benefits gained, and in some cases, if they felt an enrichment practice was too resource-intensive, they might eliminate it.

Judging The Effectiveness Of Enrichment

Few policies and procedures exist to evaluate the effectiveness of enrichment practices. Indeed, subjective appraisals by keepers were often judged less valuable than more quantifiable measures. Zoo management sometimes offered assessment tools but rarely supplied keepers the training to allow them to use these tools effectively. And when keepers did have tools to record enrichment, the report often didn’t record the actual outcome, just that enrichment had been given.

Until the day when wild animals are no longer held in captivity for entertainment purposes, accredited zoos have a responsibility to give their animals the best lives possible. Meeting physical needs is part of it, but psychological needs are just as important. The results of this research suggest that even accredited zoos do not do this well. While some keepers admit to confusion surrounding the purpose and goals of enrichment, others continue to prioritize things like public perception over the mental well-being of the animals in their care.

Transparency by zoos about their practices could help the public to understand how zoos operate. It could also enable keepers to share information across institutions so they can learn from each other. Advocates can encourage this transparency. They can also help with public education efforts. When the public better understands zoo operations and keepers have networks they can reach out to, perhaps the lives of zoo animals may improve, at least a little. 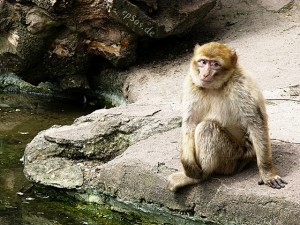 A global poll suggests that many adults are aware of — and responding to — the animal welfare harms of fashion, especially in the wake of Covid-19.

Animals Aren’t The Only Victims In Slaughterhouses

Slaughterhouse workers kill for a living. But their employment choices are often limited, and the costs to their mental and physical health can be great.