The Parallels Between Zoos And Prisons

Analysis shows that the language used by prison tours mirrors that used by zoos when showing off their animals.
FULL TEXT The full text of this article is available.
Summary By: Faunalytics | This is a summary of an external study | Published: January 20, 2017
Photo by Flickr user alemaner 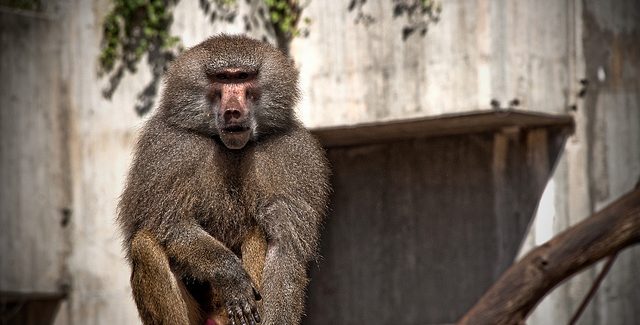 Animal advocates often make comparisons between human and animal exploitation. In other instances, the comparison can work the other way: in human abuse, victims’ advocates might remark that people were “treated like animals.” This fits into a process of “dehumanization” that some say is meant to objectify humans by making them more “animalistic.” One example is human prisons, including “prison tours” in which people visit prison spaces and view prisoners “as if they were animals in a zoo.”

This article provides a philosophical perspective on the comparison of prisons and zoos. It examines the “language of dehumanization” and its use in the debate about prison tours to “assert species difference.” The author looks at the history of zoos and the way they have been “deployed in imperial, racialized, and sovereign projects of domination.” It also describes how, at various points in history, both non-human and human animals were displayed in the zoos and circuses of imperial powers.

Zoos present themselves as authoritative and scientific, as does the human prison system. The dynamics regarding how zoos present animals is also strikingly similar to how prison tours are structured. In the same way that zoos underline human superiority, “prison tours impart notions of human superiority measured against captive and animalized beings.” Zoos contain the “danger” of nature in a way that makes it safe for humans to consume; prison tours “teach visitors that prisoners are dangerous animals in need of containment.”

For animal advocates, the arguments asserted in this paper could provide useful tools to advocate against zoos (as well as prison tours). The paper does not provide any specific suggestions for advocacy. But the information about the history of zoos and the parallels between zoos and prisons may be very valuable for animal advocacy. Of course, we need to be cautious with the kinds of analogies we make in our advocacy, but sometimes such comparisons are useful and powerful to spark change.

You can download the full text of the paper using the link below.