This study examined consumer demand for animal and vegetable proteins, and explored the role that food service could play in reducing the consumption of animal based foods.
FULL TEXT The full text of this article is available.
Summary By: karol orzechowski | This is a summary of an external study | Published: September 25, 2015
Photo by Flickr user john cook 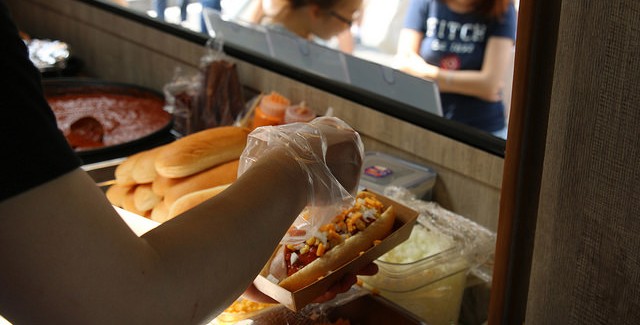 Our food choices are often habitual, yet in some scenarios and contexts, people make decisions about what to eat in a spontaneous and unpredictable way. Cafeteria style service is one such area where people make choices based on the variety of options available and how the food is presented to them. When we go out to eat, we often make our decision based on the attractiveness of certain options, and sometimes reflecting the choices or preferences of the people with whom we are eating.

This study, carried out by the group Menus of Change, tried to discover what drives consumer demand for animal and vegetable proteins, and explored the role that food service could play in reducing the consumption of animal based foods. The research covered more than 600 food service operators and over 1000 consumers who regularly attended food service businesses. The focus of the study was to understand the range of incremental changes that could be made to food service, and see what results those changes might yield.

One aspect of the study looked at the gap between the demand and availability of certain foods. It found very little difference in the supply and demand for chicken, beef, and egg products, meaning that there was an almost identical percentage of consumers who wished to purchase those items as there were operators who supplied them. Meanwhile, the the results revealed a large gap in supply of things like nuts (82% demand vs. 44% supplied), legumes (80% demand vs. 54% supplied), and meat substitutes (44% demand vs. 17% supplied). This shows that food service providers could make a significant impact on consumer food choices if they provided a better range of non-animal items.

The study also found that consumers responded best to changes that were properly communicated. Suppliers could make a significant impact by simple actions, such as reducing animal protein portions, or by mixing animal proteins with vegetable sources, but in either case, the supplier needs to communicate these changes to the consumer. The results showed that changing portion sizes or dish ingredients without a communication plan greatly increased the chances of consumer resistance.

For all of the findings the researchers are aware that there may be a difference between “aspirational” eating versus actual food choices, which could be clarified through the enactment of pilot programs. However, overall, the results of this study are encouraging for advocates as it shows that even small changes to the offerings of food service providers could reduce the consumption of animal products. 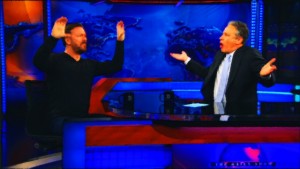 A new study reveals that 'fake news' can help to change people's eating habits in a positive way. 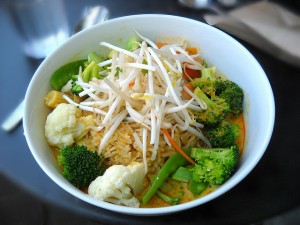 Study of Current and Former Vegetarians and Vegans: Qualitative Findings

Lapsing vegetarians and vegans need better information about health and food choices, as well as more social support, to stick to their ethical diets.