Processed Meat And Health Risks: A Review In Europe

New research from Europe finds associations between processed meat consumption and higher mortality rates, including early death due to cardiovascular disease and cancer.
ABSTRACT ONLY Only an abstract of this article is available.
Summary By: Faunalytics | This is a summary of an external study | Published: October 27, 2016
Photo by Flickr user usdagov 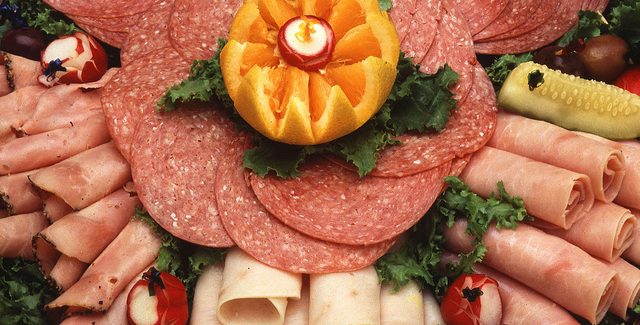 Most animal advocates – and health professionals more broadly – know that eating processed meat can have serious health implications. Because processed meat tends to be high in cholesterol and saturated fat, it has been linked to increases in coronary heart disease. Studies have looked at the links between meat consumption and mortality rates, and one recent study at Oxford, the “European Prospective Investigation into Cancer and Nutrition [EPIC]” study, showed that both vegetarians and “non-vegetarians with a health conscious lifestyle” had significantly lower mortality rates than the general British public. However, current analysis of the data isn’t entirely clear on the role that processed meat plays in this dynamic or the extent to which physical fitness might mitigate the negative effects of meat consumption.

The study authors conclude that if processed meat consumption dropped to less than 20 grams per day, mortality rates could also drop by 3.3%. As such, they note that health promotion campaigns should emphasize ways that individuals can decrease the amount of processed meat in their diets. For animal advocates, this study offers yet more evidence for the health benefits of adopting a meat-free diet.

Researchers and professionals identify clean meat as a highly promising early stage technology with key challenges to be solved prior to commercialization.