Mammal Biodiversity: How Long Will It Take To Recover And How Can We Help?

Mammal biodiversity will take millions of years to recover and our best chance at speeding the process up is prioritized conservation.
ABSTRACT ONLY Only an abstract of this article is available.
PEER REVIEWED This article has been peer reviewed.
EXTERNAL STUDY This is a summary of an external study.
Summary By: Lukas Jasiunas | Published: November 20, 2018
Photo by Mark Kucharski on Unsplash

Given the increasing rate of extinctions, can mammals evolve fast enough to recover their lost diversity on a human time scale? Using a birth–death tree framework, a joint Danish-Swedish research group set out to find out. The short answer: even if extinction rates slow down to pre-human levels, recovery of lost phylogenetic diversity will likely take millions of years.

When discussing biodiversity, taxonomic species richness is the most popular metric, but it’s said to be insufficient as it implicitly treats all species equally. The group argues that biodiversity is more than just the number of species on Earth. This is where phylogenetic diversity (PD) comes in: the amount of independent evolution within a phylogeny, a term describing evolutionary relationships, is a complementary metric that also measures lineage history and may be correlated to functional trait diversity and evolutionary potential.

Losses of PD are actually disproportionally large in mammals compared with the number of species that have recently gone extinct. This lost PD can only be restored with time as lineages evolve and create new evolutionary history, unlike some regional losses that might be lessened by restoration activities such as species reintroductions and rewilding. The researchers warn that without coordinated conservation efforts, it will likely take millions of years for mammals to naturally recover from the biodiversity losses they are predicted to endure over the next 50 years.

Future deep cuts into the mammalian evolutionary tree are extremely likely, given that over one-fifth of current mammal species are threatened with extinction. These findings emphasize the severity of the potential sixth mass extinction and the need to avoid the loss of unique evolutionary history.

To put things further in perspective, the researchers evaluate their predictions as conservative. Unlike the used best-case scenario model, there is little reason to expect that humans will be able to bring extinction rates down significantly within the next century, especially keeping rising human population and anthropogenic climate change in mind.

In fact, even average preanthropogenic species formation rates suggest a recovery time of 3–5 million years. The only real option to speed PD recovery is to save unique evolutionary history before it is already lost. Here, the researchers stress on the importance of PD prioritization in conservation efforts. Extinction is a part of evolution, but the unnatural rapidity of the current decline forces us to address whether or not it’s spiralling out of control.

A massive, global paradigm shift toward increased conservation efforts or a human population collapse is seeming increasingly necessary to remove our status as a dominant and threatening ecological force. However, animal advocates will be thankful for the ongoing questioning of current biodiversity evaluation methods.

Furthermore, the critical approach is vital at identifying the most effective action plans that encompass all life on Earth and different animal functional impacts on the biosphere. Though many animal advocates focus on farmed animal issues as an area whether they can achieve greater impact, studies like this show that we ignore the wild world at our – and many, many animals – peril. 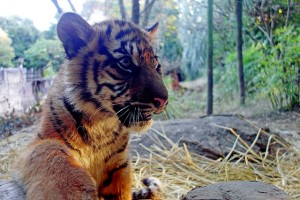