Live From NCC: Young And Liberal Is Where It’s At For Poultry

This study examined the meat consumption preferences of various different U.S. population demographics in particular young U.S. adults.
Summary By: Faunalytics | This is a summary of an external study | Published: September 5, 2007
Image by Pixabay user Permanentka

This journal article summarizing a Zogby survey discusses the meat consumption preferences among various U.S. population segments. In particular, this study found that chicken processors would have the most success targeting “young, liberal Americans, particularly single females and African Americans.”

According to this Zogby survey of 11,948 Americans, 47% prefer beef, 36% prefer chicken, and 7% prefer pork. These results seem to show that the trend of diminishing preference for beef is reversing, most likely due to the taste and “It’s What’s for Dinner” campaign.

However, the stronger preference for beef is not present in either young singles or women. In fact, singles (18-30) equally prefer chicken and beef, and 42% of women prefer chicken (compared to the 38% who prefer beef).

Another notable segment, one half of American families select chicken as the protein of choice. 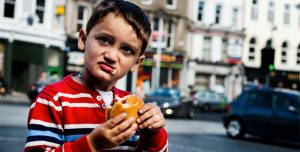 Gallery image with caption: Kids And The Separation Of Meat From Animals

A paper exploring how childhood literature and film - and associated promotional food tie-ins aimed at children - contribute to a food socialization.

The latest results from the Faunalytics Animal Tracker show some positive changes in behavior and increasing support for humane education.