A majority of adults in San Diego would prefer that the 200 seals who live in the Children’s pool beach should remain in the site.
Summary By: Faunalytics | This is a summary of an external study | Published: June 30, 2009
Image by Pixabay user diego_torres

According to a Competitive Edge Research & Communication survey, 63% of adults in San Diego would prefer that the estimated 200 seals who live at Children’s Pool beach in La Jolla be allowed to remain at the site; 25% want them removed. In a 2007 Zogby survey, more than 80% said the beach “should be reserved for educational seal watching.”

Children’s Pool beach in La Jolla has been an established children’s swimming area since 1931. Approximately 200 seals live at the cove, and problems arise from feces which are said to have contaminated the site. In this survey, 63% want the seals protected, 25% want them gone, and the remainder are unsure or ambivalent. Also, an estimated 70,000 fewer San Diego families would visit the beach this summer if seals are no longer there.

A separate 2007 survey commissioned by the Animal Protection and Rescue League in San Diego found that more than 80% of respondents felt that the beach should be reserved for educational seal watching, as opposed to swimming.

A 2005 Superior Court ruling mandated that San Diego reduce bacterial pollution at the cove so that it may be used by humans. However, a federal judge later issued a temporary restraining order preventing harassment of the seals. 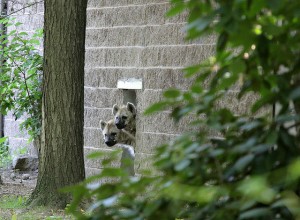 Gallery image with caption: Zoos May Reinforce Conservation Mindedness, But Not Create It

Zoos do not create conservation-mindedness from thin air and visitors who don't already appreciate nature may not be positively impacted by what they see.