Most Canadians Back Seal Hunt: Poll

An overwhelming number of Canadians support the practise of seal hunting and believe that seal hunters respect animal welfare.
FULL TEXT The full text of this article is available.
Summary By: Faunalytics | This is a summary of an external study | Published: August 4, 2012
Image by Unsplash user Pascal Mauerhofer

According to the results of this April 2010 survey, 82% of Canadians support the Inuit seal hunt, while 85% also believe that seals should be managed to protect fish stocks. One in seven Canadians (16%) oppose all forms of seal hunting.

Three-fourths of survey respondents said they believe both Inuit and non-Inuit seal hunter respect animal welfare, and the same amount think Canada’s seal population is actually much lower than the estimated 6.9 million seals.

Nearly 16% of total survey respondents say they oppose all forms of seal hunting.

Most Canadians back seal hunt: Poll. (n.d.). Retrieved from http://www.nunatsiaqonline.ca/stories/article/210610_most_canadians_back_seal_hunt_poll/

Canadians Do Not Want Tax Dollars To Support Seal Hunts

This survey examined Canadian attitudes towards the seal hunts and found that a majority opposed using tax money to fund commercial seal hunts.

From Tusk To Trinket: The Illegal Ivory Trade In Vietnam

Prohibition limits the availability of ivory, but black markets will still exist if demand isn’t curbed. Law enforcement is absolutely necessary but decreasing demand is much more effective. 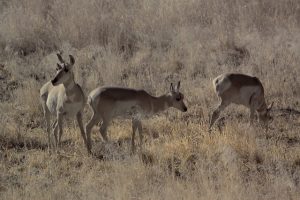 Yellowstone To Yukon: A Model Of Transborder Conservation

A review of this cross-border initiative finds that now, more than ever, we need conservation policy that is both brave and even "revolutionary."