Is Policy Change a Gift or a Curse?: A Case Study from U.S. Laboratories

This study shows concrete ways that policy change in the field of animal experimentation can create further incremental wins for advocates.
FULL TEXT The full text of this article is available.
PEER REVIEWED This article has been peer reviewed.
ANIMAL RESEARCH This article involves research on captive animals, which Faunalytics opposes.
Summary By: karol orzechowski | This is a summary of an external study | Published: October 7, 2015
Photo by Flickr user rdecom 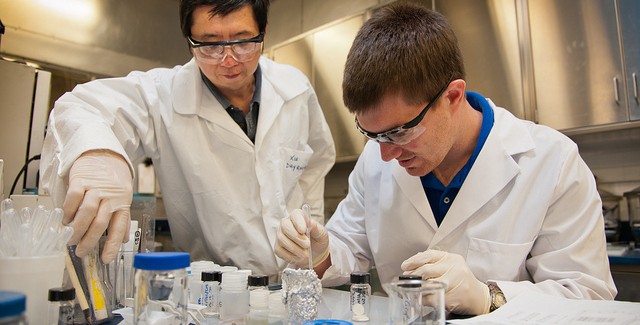 Changing the industries that exploit animals is a huge task, and advocates are sometimes divided on whether to work within the legal system to affect policy change or to use other tactics that might affect public opinion more dramatically, in turn affecting corporations and policy makers. Some industries are more susceptible to public pressure than others, especially if consumers are “voting with their dollars.” The animal research sector is not subject to public and consumer pressure in the same way. For advocates in the animal experimentation arena, working within the system to change policy may be the most effective way to help animals, but the process is not as simple as it seems. Campaigners rarely “get what they want” from political concessions, but may have no choice but to aim for smaller victories.

This study looks at the process of animal advocacy, policy making, and political change, focusing on how policy reform affects the institutions that social movements target, and explores how policy reforms provide a foothold for activists to pursue further change. Animal experimentation is a field which has seen huge ethical, cultural, and policy shifts over the course of the 20th century. Taking this issue as a case study, the author considers the subject through interviews, ethnographic observations, and data from federal agencies to understand the impact of different changes. The paper focuses on three main ways that industries can be impacted:

The researcher states that policy change can be effected through one or more of these mechanisms, depending on the type of policy or aspect of the industry being targeted.

To understand these dynamics, the author interviewed scientists mainly from University of California laboratories. All of those questioned for the study work in National Institutes of Health funded facilities, which are subject to federal regulations and closer scrutiny. Regulatory officials and bioethicists were also interviewed. The author found that the Animal Welfare Act – the main mechanism for vivisection regulation that was lobbied for by animal advocates – does indeed provide a foothold to pursue advances. It created concrete and actionable opportunities “for various actors, such as veterinarians, IACUC officials, and bioethicists, to promote on-going change.” The findings support “a model of regulatory compliance” where certain kinds of regulatory policies can “cause an institutional collision that can change practices.” For advocates who are interested using democratic structures to make progress, the author underlines that they should “better understand the long-term effects of political gains activists achieve, like regulation of a target.”

This study contains a wealth of insights from scientists affected by policy change and the advocates campaigning for it. Though some advocates might crave more immediate and radical change, the author strikes an optimistic tone, stating that “new laws could lay ground for dismantling justifications for continuing a practice that activists target.” New regulatory policies, especially those protecting animals, can legitimize the position of workers such as bioethicists who “represent a different institutional field than animal research” and can hold more influence.

The findings from this study shows concrete ways that policy change can create further incremental wins for advocates. As the recent Great Ape Protection and Cost Savings Act arguably shows, certain aspects of the animal experimentation industry can be phased out completely thanks to simultaneous pressure from advocates, bioethicists, economists, and more.

Evans, E. (2015). Stumbling Blocks or Stepping Stones? The Problems and Promises of Policy Reform Goals for the Animal Advocacy Movement. Retrieved from the Academia.Edu Website:  https://www.academia.edu/14079838/_Stumbling_Blocks_or_Stepping_Stones_The_Problems_and_Promises_of_Policy_Reform_Goals_for_the_Animal_Advocacy_Movement._