Animal advocacy is most often represented by certain media as white, female, and thin. Where's the diversity?
ABSTRACT ONLY Only an abstract of this article is available.
PEER REVIEWED This article has been peer reviewed.
Summary By: karol orzechowski | This is a summary of an external study | Published: January 28, 2016
Photo by Flickr user animanaturalis 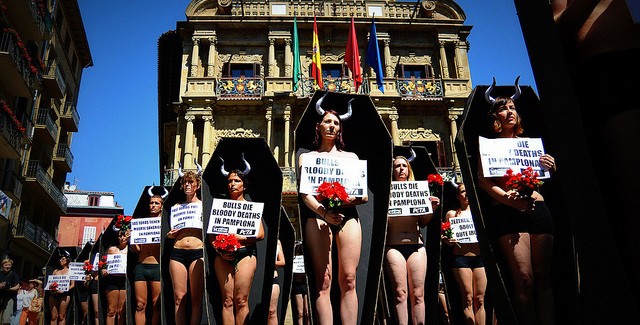 The question of who represents animals and how we message both animal rights and veganism is one that generates a lot of debate among animal advocates. And it’s an important question. While groups like PETA may be among the largest — and arguably loudest — voices in the movement, there is a diversity of smaller groups and individuals who do a huge amount of work for animals. Some studies of the movement have found that the advocates are overwhelmingly women (about 80%) while other studies have found that most advocates are white and middle-class. In addition to who makes up the movement, how they go about their advocacy is also important. Different groups engage in different kinds of tactics, and the use of some tactics like sexual objectification by bigger groups can result in those tactics trickling down to smaller groups or individuals who seem them as effective.

This research paper looks at diversity in animal advocacy media and how we represent ourselves, noting that such representations in the media have the power to both “inspire and demotivate.” If the animal advocacy movement only presents a limited “activist ideal-type,” it could also limit who feels included or welcome in the movement, which could be a challenge to growing the movement. To examine this movement identity, the authors undertook a content analysis of “two leading American publications in the American Nonhuman Animal rights movement: VegNews and PETA’s Animal Times.” These publications were selected, they say, because “they are widely distributed, regularly feature human subjects on their covers, and have a back catalog large enough to facilitate analysis.” For this analysis, the researchers looked specifically at the magazines’ cover photos.

Perhaps unsurprisingly, their analysis “seems to support existing research and speculations regarding the demographics of the American Nonhuman Animal rights movement.” They found that 87% of cover photo subjects were white, 60% were female, 93% were thin, and 13% were sexualized. Based on this alone, the animal advocacy movement is “not adequately presenting itself as a diverse space.” While gender balance was somewhat lopsided (men are estimated to make up 20% of advocates but are shown in 40% of images), the racial imbalance was “far more prevalent.” They found that African Americans, who comprise around 13% of the U.S. population according to Census figures, were included in only 7% of magazine covers. Latino and Hispanic people comprise 17% of the U.S. population, but less than 1% of covers. Body type was also grossly misrepresented. The authors note that research has shown as much as 29% of plant-based eaters are considered overweight or obese; the magazines, however, “overwhelmingly depict thin figures, with persons of size representing less than 1% of subjects.”

This study shows that there is much work still to do in expanding the way that we represent who cares about animals and why. But it also shows that how we represent ourselves is only one side of the coin and that the makeup of the animal protection movement itself may also be a concern. Representing our movement with more diversity will become an easier task if we can build coalitions and increase the actual diversity of the movement’s participants. 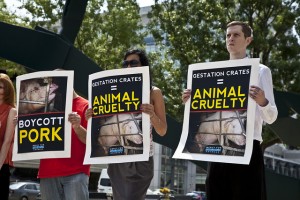 Research shows that positive media coverage might depend less on what advocates do, rather than who they are.