Can Friendship Flourish In Captivity?

Analyzing the relationship between zoo keepers and primates kept in captivity reveals some interesting findings.
FULL TEXT The full text of this article is available.
Summary By: karol orzechowski | This is a summary of an external study | Published: July 2, 2015
Photo by Flickr user wcdumonts 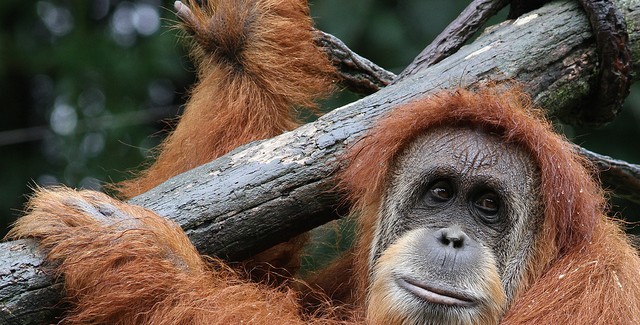 Facilities holding animals in captivity, and especially zoos and entertainment-focused captivity, have recently come under closer scrutiny. Many advocates have redoubled their efforts to question captivity per se, and push for the closure of zoos, marine animal parks, and other captive animal facilities. This paper, a Master’s thesis focused on Auckland Zoo, New Zealand, does not seek to question the existence of zoos or better understand what kind of educational value zoos might offer to visitors. Instead, ethnoprimatologist Alexandra Palmer focuses specifically on the relationships between orangutans and zookeepers to try to address the ongoing debates “relating to: the role and ethics of modern zoological gardens; the moral status of great apes; the extent to which humans can “know” nonhuman minds; and the environmental, cultural, and philosophical factors shaping both inter- and intraspecies social relationships.”

To approach these issues, Palmer uses a methodology that she calls “multispecies ethnography.” Through direct interviews with zookeepers, as well as extensive observations of the orangutans at the zoo, she pieces together a unique perspective on the zoo environment, filling a gap in current research. Much of the studies relating to zoos in recent years have focused on the visitor experience and what people may (or may not) learn through zoo attendance. Here, Palmer is most interested in understanding the dynamics of the orangutan/keeper relationship, and treats it as a reflection of the larger moral questions surrounding zoos in general. She states that her research “addresses questions relating to the role of the modern zoological garden, such as: how does the zoo’s emphasis on naturalism affect animal welfare,” and linked to this, “does the zoological garden represent a justifiable and ethical use of nonhuman animals, particularly our close great ape kin?”

Her observations paint an ethical picture that is interesting, contradictory, and complicated. Palmer found that conducting her research was a challenge, and that “the task of interweaving keepers’ perspectives with anecdotal and statistical material from [her] ethological observations proved rather difficult,” mainly due to the stylistic gaps in the scientific disciplines she was employing. Interestingly, one of the first tendencies she found was that, far from being static, the “zookeeper culture” around the orangutans changed over time, depending on who was involved. This may seem like an elementary observation, but it is actually very useful for advocates who might see the zoo environment as static and unchanging: the environment can change considerably depending on who is employed.

Further to a historical evolution of zookeeper culture, the author found that keepers tended to describe orangutans “as moral persons possessing similar emotional and intellectual capacities to ourselves.” She found that Auckland Zoo, which houses the only six living orangutans in NZ, is a place where keepers developed a relatively close relationship with their nonhuman primate charges. The proximity fostered the potential for close relationships and for the keepers to see the primates in a much more nuanced and full way. Palmer notes that studying the attitudes of zookeepers of other animals may provide a useful comparison for understanding how zookeeper culture differs depending on the types of animals involved.

These observations are interesting but it is difficult to understand their applicability to advocacy, unless we imagine a future where many species are only “safe” in captivity. Though her work does interrogate the deeper role of zoos, she notes in her concluding remarks that it hasn’t been her intention to “pass moral judgement on the zoo and cast it as either ‘good’ or ‘bad’.” She certainly “sheds light on some of the complexities and dilemmas that this institution raises for society,” and for animal advocates there is useful material contained within. We can always benefit from further ethological knowledge, and this paper has plenty of that. Still, it stops short on questions of captivity, where advocates are likely to want to push the topic a few steps further. Read critically, this is an excellent resource. 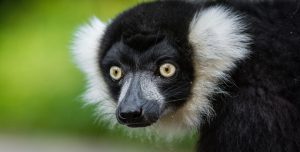 PRT may play a crucial role for the management of primates, including ring-tailed lemurs, in captive facilities such as zoos. 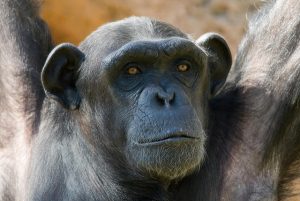 A new study from Europe looks at the myriad positive outcomes that good welfare and housing has for (captive) chimpanzees. 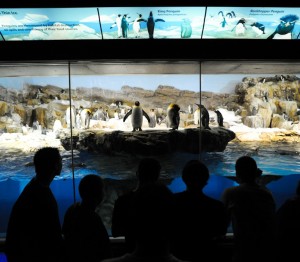 Penguins In The Zoo: Fear And Avoidance

Do penguins belong in zoos? Research shows that the presence of zoo visitors creates fear and anxiety for this beloved species.