Beef Or Beyond: What Drives Consumer Choices?

How are U.S. consumers responding to the availability of plant-based meat alternatives, and what drives their choices?
FULL TEXT The full text of this article is available.
PEER REVIEWED This article has been peer reviewed.
EXTERNAL STUDY This is a summary of an external study.
Summary By: Zoe Parr-Cortes | Original Study By: Tonsor, G. T., Lusk, J. L., & Schroeder, T. C. (2022) | Published: July 22, 2022
Photo by Hello I'm Nik on Unsplash

Animal products account for 48% of sales in the U.S. agricultural sector, meaning that the industry remains heavily tied to animal agriculture. In recent years there has also been huge growth in the plant-based protein market, with $2.3 billion invested into new ventures in 2021 alone. But what is the economic impact of these alternatives, and how much of the alternative meat industry is supported by meat-eaters (versus people on a plant-based or reducetarian diet)?

This study explored the effects of pricing, labeling, and socio-economic factors on consumer choices between plant-based meat and conventional meat. The authors analyzed 3225 survey responses from U.S. consumers across four experiments. Of those surveyed, 68% reported regularly eating meat, 12% reported being flexitarian, 7% vegan, 4% vegetarian, and 9% responded with “none of the above.” Those who claimed to follow an alternative diet were grouped into one “non-regular meat consumer” category (32%).

In the first experiment, participants could choose between a beef burger and a plant-based Beyond Meat Burger. The options were equally priced, but the labeling and information provided varied. Specifically, some participants were given the choice of an organic beef burger, while others were given nutritional information or a full ingredient list for the conventional and plant-based options. The presence of ingredients and nutritional information did not affect burger choice. Nor did presenting consumers with an organic burger instead of a regular beef burger. Overall, the Beyond Meat option was selected 27% time, which dropped to 18% for regular meat consumers. Omnivores who chose the Beyond Meat option were more likely to be men under 35, residents of Western states, and have children under 12.

In the second experiment, participants could choose one of four options from a “menu” — a beef burger, a bacon beef burger, a chicken sandwich, or a chicken wrap. The researchers changed the prices of each item and asked participants to choose nine different times. Afterward, the experiment was repeated with a Beyond Meat Burger instead of the chicken wrap. Beef burger selections decreased from 53% to 51% when the Beyond Burger was introduced. Participants would pay more for the beef burger ($8.85) than Beyond Burger ($7.74), and the plant-based burger would need to be $1.11 cheaper for an average omnivore to be equally likely to select it over the beef option. Given the high price tag on a Beyond Meat Burger, this means that a typical consumer would be unlikely to purchase it over conventional beef. The good news is that conventional meat-eaters were more likely to change their food choices based on price, which might work in the plant-based industry’s favor once their products reach price parity with meat.

In the final experiment, participants were given the same five grocery store options but could select multiple items, choosing by the pound. Most participants selected at least one pound of chicken (62%) or store-brand beef (76%). These items were most likely to be purchased as a sole item. The Beyond Meat and Impossible Burger options were purchased 14% and 19% of the time and almost always selected with other items. Regular meat consumers once again proved to be more price-sensitive, with a 1% increase in price leading to an 8.5% decrease in purchases of Beyond Meat and 12% for Impossible Burgers.

Overall, the results suggest that regular meat consumers remain heavily dependent on food prices. Furthermore, the presence of a plant-based option alone may not tempt them to choose it. Unsurprisingly, those identifying as non-regular meat consumers selected plant-based options more frequently, valued them higher, and were less influenced by price. In general, younger consumers, those with a higher household income, parents of children under 12, Democrats, and residents of Western states were more likely to choose plant-based proteins. These demographics may be prime targets for plant-based advocacy campaigns.

The plant-based market is growing, but as this study shows, we have a long road ahead to convince consumers to switch to animal-free alternatives. Based on these findings, we either need cheaper plant-based options or we need to change how plant-based meat is viewed and valued by consumers. Advocates can make a difference by calling for government financial support of plant-based innovations, pushing to end animal agriculture subsidies, and educating consumers about the benefits of reducing their meat intake.

How Much Will Consumers Pay For Meat Alternatives?

Meat production and consumption are key drivers of climate change. Can information about meat’s negative effects motivate consumers to choose better alternatives, even if they cost more? 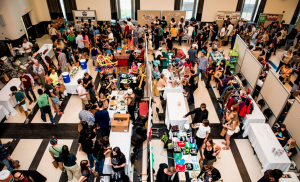 In this analysis of a "veg fest" in Minnesota, researchers found that watching a speaking presentation may encourage diet changes.