This poll has found that residents of Saigon regularly consume food, beverage and medicinal products that are derived from wild animals, with 50% of respondents having done it at least once.
FULL TEXT The full text of this article is available.
Summary By: Faunalytics | This is a summary of an external study | Published: June 8, 2011
Image by Unsplash user Georgios Domouchtsidis

A poll of the residents of Ho Chi Minh (HCM) City found that consumption of food, beverage, and medicinal products made from wild animals is common; more than half of all residents polled said they consume such products at least three times per year. In addition, secondary students in HCM City were questioned and, in general, the consumption of wild animal products was found to be related to social pressures, habits, and tastes.

Of the 4,062 residents of Ho Chi Minh City surveyed, nearly 51% say they have consumed products made from wild animals, and more than 48% said they do so at least three times a year. Specifically, three-quarters have eaten game meat and 12% have had the animal products mixed with alcohol. For health reasons, 8% say they have consumed products like bear bile and tiger bone gelatine, while 2% have worn items made from wild animals and 3% have kept such animals as pets.

Consumption of wild animal-based products varies by gender, age, education, profession and income. Among those more likely to use these products are men, consumers between the ages of 36 and 45, and the more highly educated. State employees and those employed by private companies (60%) are also more likely than others to consume such products, followed by workers (54%) and government officials (52%).

Additionally, this survey polled 3,562 secondary school students in the city and found:

Threats To Biodiversity: A Review From Uganda

Extensive data collected by park rangers highlights cattle grazing and poaching as the most prevalent illegal activities within a protected area of Uganda. 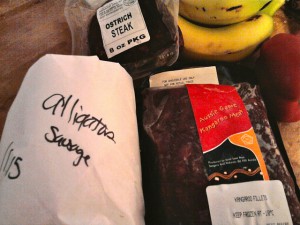