The biggest threat to wildlife is the unsustainable hunting of wildlife for “bush meat,” but the lowering of price in meat from domesticated animals can heavily reduce the demand.
Author: Faunalytics | Published: December 25, 2007
Image by Pixabay user 12019

Wildlife is the primary source of animal protein among rural and urban households in forested regions of poor nations. Hunting for food, rather than habitat loss, is the most significant threat to conservation of biological diversity over the next several decades. Theories state that the hunting of bushmeat is related to culture, though it is speculated that consumers respond to price, and bush meat is more affordable than domestic meat available in markets.

This analysis suggest that lowering the price of beef will have strong effects on the consumption of wildlife and fish. It also indicates that increasing consumer access to and reducing the price of domestically raised meat is likely to diminish demand for game meat and consequently reduce or halt the unsustainable hunting of wildlife. 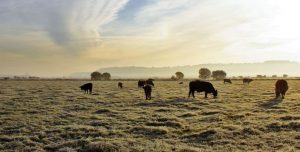 A new paper seeks to quantify changes in the Earth's biomass over time, and looks at how we might mitigate humans' impacts on the planet.