The animal agriculture industry is exploring virtual reality (VR) as a way to increase transparency with the public. However, consumers still view pig farming conditions with suspicion.
FULL TEXT The full text of this article is available.
PEER REVIEWED This article has been peer reviewed.
EXTERNAL STUDY This is a summary of an external study.
Summary By: Susan Gabriel | Original Study By: Schütz, A., Kurz, K., & Busch, G. (2022) | Published: April 15, 2022
Photo by Bram Van Oost on Unsplash

Animal production systems are the subject of increasing public criticism and distrust. Today, there is a growing demand for greater transparency into farming practices and conditions. However, many farmers don’t want to host in-person farm tours because of the associated health hazards and a general reluctance to face public scrutiny. Because of this, the agriculture industry is exploring  virtual reality (VR) technology as a convenient alternative to shed light on animal husbandry practices. The present study is the first to examine public perceptions of, and attitudes towards, virtual stable tours in pig husbandry. Although the results are meant to inform pig farmers, the study offers helpful insights for animal advocates working to end animal agriculture.

The researchers recruited 17 German participants who described themselves as meat-eaters with no professional connection to the animal agriculture industry. They were asked to watch a 360-degree video of a conventional “pig fattening stable” on a tablet and again using VR glasses. The video contained two perspectives: a human’s perspective standing outside the stable, and the animals’ perspectives within the stable. Semi-structured interviews were conducted following the tours to analyze perceptions of the stables, to elicit opinions about the viewing devices, and to determine if virtual farm tours are a suitable option for increasing transparency in pig husbandry.

Participants’ perceptions of the pig fattening pen were poor, citing lack of outdoor access, crowded conditions, barren environment, and use of an unnatural/slatted floor as reasons. For example, one participant said the pigs’ lives were “not worth living,” while another noted that “[the pigs] could move, but there was just not enough space.” However, many participants had more negative perceptions of pig husbandry conditions prior to the study. These participants explained that they imagined the stables would be dirtier or more crowded than they actually were.

Compared to the standing human perspective, the animal perspective resulted in more negative perceptions, perhaps because participants felt it provided a more detailed view of the stable and a stronger emotional connection to the pigs. While both media devices were appreciated for their comfort and entertaining character, VR glasses were favored for their stronger sense of presence and more memorable, realistic experience. In fact, after viewing the VR version of the stable, one participant shared a stronger emotional involvement with the pigs: “There was this brief moment of ‘Oh my God, they’re so cute, you can’t eat them.’”

While this study showed that VR can provide consumers with immersive insights on the pig farming industry, there are several takeaways for animal advocates. First, participants had an overall negative view of the conditions seen in the video, which suggests they aren’t easily swayed by attempts to increase transparency. Furthermore, VR videos can be pre-recorded and controlled to show the most ideal conditions on a farm, meaning that attempts at enhancing transparency can potentially be used to mislead the public about animal agriculture. Fortunately, several participants noted this in their responses in the study. Finally, the authors didn’t provide any context to the video, including details on the pigs themselves, their outdoor access, and whether the video represented a conventional farm. In these cases, animal advocates must be prepared to fill in the details to ensure the public is as informed as possible. 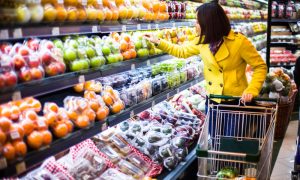 Research indicates that 85% of consumers could be satisfied with a universal sustainability label. Would animals benefit from standardization?