This poll found that in the U.S., among 8 million people are vegetarian, and that veg diets are most popular with households that make less than $50k/year.
FULL TEXT The full text of this article is available.
PEER REVIEWED This article has been peer reviewed.
Summary By: Faunalytics | This is a summary of an external study | Published: August 6, 2015
Photo by Flickr user Josefine Stenudd 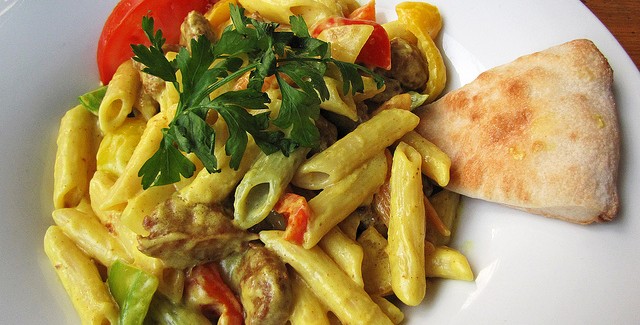 According to the latest statistics from the Vegetarian Resource Group, about 3.4% of the U.S. population, or around 8 million people, are veg. Though the figure sounds lower than the findings of other similar studies, the researchers believe that it may be because this poll asked specifically about different animal products and whether the respondents use the word “never” to describe how often they eat them. Other studies may have been inquiring as to whether people identify themselves as vegetarian, without defining it. This poll defined vegetarian as people who do not eat meat of any kind, as well as people who don’t eat meat, eggs or dairy. In addition, it found that 36% of the country eats at least one veg meal per week.

Of note is the relationship between income and vegetarianism. The poll found that being veg is most popular in households whose income is less than $50,000/year. Being veg was also found to be most common with 18-34 year olds, and the two may be linked. According to the researchers, “The numbers could indicate that lower income people are more likely to be vegetarian, but maybe younger people and students are more likely to be vegetarian, and they just happen to be lower income.” Either way, the findings could be useful for animal advocates who may face questions about the cost of being veg.

Stahler, C. (2015). How Often Do Americans Eat Vegetarian Meals? And How Many Adults in the U.S. Are Vegetarian? Retrieved from Vegetarian Resource Group Website:  http://www.vrg.org/blog/2015/05/29/how-often-do-americans-eat-vegetarian-meals-and-how-many-adults-in-the-u-s-are-vegetarian-2/

Who Are The Vegetarians?: Part 2

Many who describe themselves as vegetarian also report eating meat. Non-vegetarians often have “meatless” days. How do these groups compare to “true” vegetarians?