Certain commodity crops dominate global agriculture, leading to human and environmental health issues. Shifting to other commodities may improve the status quo, but more data is needed.
FULL TEXT The full text of this article is available.
PEER REVIEWED This article has been peer reviewed.
EXTERNAL STUDY This is a summary of an external study.
Summary By: Michael Deng | Original Study By: Bollington, A., DeLonge, M., et al. (2021) | Published: June 21, 2022

In the twentieth century, advances in technology transformed the agriculture system by supporting the growth of a select few cereal crops in the United States. Researchers focused on designing crop systems with high yields that could withstand problems such as disease and predation. As a result,  some commodity crops — wheat, maize, rice, and soy — became dominant at the expense of others. For example, maize, wheat, and rice inhabited 66% of cereal planting area from 1961 and 79% in 2013. In contrast, the cereal area of barley, oats, rye, millet, and sorghum declined from 33% to 19% over the same time period.

The dominance of a few select crops negatively impacts public health and the environment. While today’s humans have benefitted from having access to more calories, the oversupply of refined starches, vegetable oils, and meat means that overall diet quality has declined. Furthermore, the production of major commodity crops leans toward a “monoculture system” of planting, where large areas of land are cleared to cultivate specific crops. This contributes to habitat destruction, biodiversity loss, soil pollution, and other harmful effects. Modern agriculture is also responsible for 21-37% of human-caused greenhouse gas emissions, meaning that the current system contributes to climate change.

Over the past few years, momentum has been growing to create a healthier, more sustainable food system. This means eating more plant-based foods and diversifying agriculture instead of concentrating on a few dominant crop varieties. Minor commodity “coarse grains” such as barley and oats, and “grain legumes” like chickpeas and lentils, are promising crops to investigate. Not only are they more nutrient-dense than the major commodity crops, they can also be grown in extreme regions that are susceptible to climate change. Importantly, they also require less water, may mitigate nitrous oxide emissions, and support carbon sequestration — in other words, they’re better for the climate.

Funding toward agriculture research and development is necessary because it helps the industry learn how to improve specific crops and how they can be incorporated into a global, diverse food system. Such funding can lead to new crop varieties, prevent predation, and more. Public funding is especially important because it can be used to promote broad public health and environmental goals. Despite these payoffs, public agricultural research funding within the U.S. has recently declined. Furthermore, the funding that exists doesn’t necessarily support the shift toward a healthier, more sustainable food system.

Here are a few examples:

Since 2016, minor commodity coarse grains and grain legumes have been getting more funding dollar-wise, but they’re still receiving little in comparison to major commodity grains. To increase their overall production and promote their use in a diverse food system, this needs to change.

Increasing public funding is a massive initiative that will require collaboration among many stakeholders, including global research institutions, policy-makers, advocates, and the agriculture industry. One key way advocates can play a role is bringing public attention to the importance of minor commodity crops. When the public understands why we need to prioritize these foods, they can join the call to increase funding and ultimately begin transforming our food system.

Author: Michael Deng
Michael is a technologist whose interest in trying to do more good has led him to learn and participate more in effective altruism. Michael spends his time reading essays and novels in a variety of genres and writing. 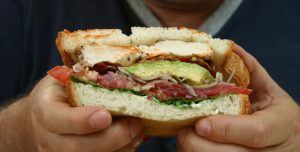 A case study from Oakland shows how schools can significantly reduce their carbon and water footprint by replacing animal products with plant-based proteins.

City sustainability officials see an appetite for plant-based food policy, but there are several challenges advocates must help them overcome.