The Illegality Of Small Scale Fisheries

Research indicates that many small-scale fisheries operate illegally and contribute to declines in fish populations.
ABSTRACT ONLY Only an abstract of this article is available.
PEER REVIEWED This article has been peer reviewed.
Summary By: Selena Darlim | This is a summary of an external study | Published: September 8, 2016
Photo by Flickr user newflower 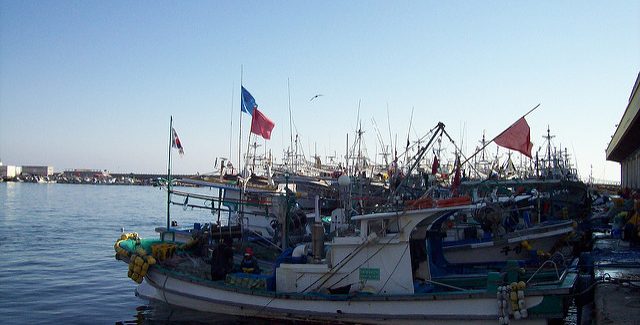 This study monitored the amount of illegal fishing of Arapaima spp. in small-scale fisheries located in the lower Amazon Basin, near where the Amazon River meets the Tapajós River. To estimate the percentage of illegal catch, the researchers asked 35 commercial fishers to complete a confidential questionnaire on the approximate monthly weight of all catch over the course of the year 2010 (based on the weight of the fish that they had traded that month). Arapaima harvesting is controlled by restricting the fishing season from December to May, meaning that all fish caught during those months were illegal. They also had the fishers name the location of harvest and list the size of the fish to determine whether they were juvenile or adult (juveniles are illegal to catch as they have not had a chance to spawn yet). The researchers independently weighed 509 previously caught fish to better calculate the percentage of juveniles versus adults. Lastly, they evaluated data from the Brazilian Institute for Environment and Renewable Resources (IBAMA) on the frequency and location of enforcement activities during the same year.

The researchers determined that 77% of arapaima were illegally caught in 2010. 53% of total catch were juveniles and an additional 24% were caught off-season. Furthermore, the level of enforcement across all cities did not match the distribution of fish landings. 66% of enforcement activities took place in Santarém, which is responsible for 37% of fish landings in the study area; the remaining 34% was conducted in seven other cities whose combined landing output was 33%. No enforcement happened in five cities responsible for 20% of landings, and 12% of all landings also occurred in locations where arapaima fishing is banned. The enforcement activities mainly occurred during off-season periods. To put this in perspective, only 40% of enforcement was carried out during fishing season, when 76% of the annual total was caught. Compared to the world average of 30% illegal fishing, it appears that the Amazon still has a lot of work to do.

The results of this study are a confirmation of the under-regulation of small-scale fisheries, which has been documented in several other species and locations. If not addressed soon, this issue could lead to overfishing and potential exacerbate problems of endangerment of tropical fish populations. 84% of fishers in this study reported decreased abundance and body size of arapaima in recent years, which suggests that the effects of overfishing are already being felt. Environmental stewardship and co-management initiatives (perhaps with the assistance of ecologically-conscious NGOs) will be necessary to develop a sustainable solution to overfishing in the Amazon and other areas.