The Effectiveness Of Trap-Neuter-Release

Studies have found that although TNR is incredibly effective at reducing feral cat population, without the addition of other policies such as education, TNR ends up being a waste of money, time and energy.
Author: Faunalytics | Published: November 16, 2010
Image by Pixabay user MrsBrown

A couple weeks ago I wrote about the factors that influence some people not to spay or neuter companion animals. While this is a problem for these animals with guardians, an even larger challenge faced by spay/neuter advocates is the free-roaming animal population. Ally Cat Allies estimates that, while 82% of household cats are spayed or neutered, only 2.3% of stray and feral cats are sterilized. In this post I will explore some of the research that addresses the free-roaming animal population, focusing specifically on efforts to reduce the feral cat population.

However, animal protectionists will be happy to know that there is also evidence that TNR programs are successful. Earlier this year, Boks surveyed successful TNR programs and found that these programs can have a significant impact. Some of these successes include: Orange County, Florida where, euthanasia decreased by 18% and cost savings totaled more than $100,000 in 6 years of implementing TNR, and the Upper West Side in New York City, which experienced a 73% drop in stray cat intakes within 3 years.

TNR programs are most effective when they are accompanied by education and outreach efforts. A study at the University of Rome tracked the country’s TNR programs for the decade after they were implemented and found that, although they did reduce the feral cat population, their effects were influenced by new cats who immigrated into the population, often due to owner abandonment. As such, the study suggests: “[TNR] efforts without an effective education of people to control the reproduction of house cats (as a prevention for abandonment) are a waste of money, time and energy.”

As with so many problems facing animals, the solution is necessarily multi-faceted. To successfully address companion animal overpopulation and reduce shelter deaths what is needed is a combination of programs, implemented by veterinarians, shelters, rescue groups, spay/neuter organizations, and other animal advocacy groups working together to address the issues in their communities.

Rescue Transport – Does It Help ?

Ivy Collier discusses the concept of “rescue transport” and asks some tough questions about its seeming lack of effectiveness to reduce euthanasia or improve the lives of animals. 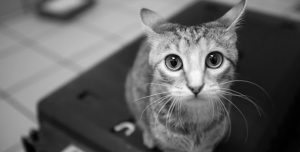 The Effectiveness Of Tags And Microchips For Companion Animals

In shelters, only a tiny portion of companion animals are reclaimed, but with the use of microchips the return rate is 2.5x higher for dogs and 20x higher for cats.