The Economics Of Ecotourism: Private Profits And Social Benefits

Nature preserve tourism is often praised for helping fund wildlife conservation efforts and combatting climate change. This study argues that ecotourism has another benefit: it’s profitable.
FULL TEXT The full text of this article is available.
PEER REVIEWED This article has been peer reviewed.
EXTERNAL STUDY This is a summary of an external study.
Summary By: Aidan O'Gara | Published: November 30, 2018
Photo by David Clode on Unsplash

Each year, the number of visitors who flock to the world’s most beautiful wildlife preserves grows. In 2016, researchers estimated that wildlife preserves hosted over eight billion separate visits. This generated hundreds of billions of dollars in tourism revenue, helping to fund the private businesses, governments, and nonprofits that run the preserves.

As a booming industry, ecotourism has immense consequences for wildlife and conservation. Sometimes, ecotourism spurs tourists to become conservationists because well-kept nature is often attractive to them. In turn, by helping species avoid extinction and by discouraging deforestation, their conservation efforts can help protect biodiversity and minimize climate change. But other times, tourists bring with them disturbances—construction, noise, litter, pollution, and more—that can disrupt local wildlife and damage their habitats.

But this discussion of the broad, social consequences of ecotourism is often secondary to another, more pressing question: private profits. In poor and developing nations, for example, where economic growth to escape poverty is prioritized over environmental and wildlife conservation, many wonder if preserving nature is more important than industrializing the land.

To better understand ecotourism and its implications, it’s critical to answer two questions: First, is ecotourism profitable? And second, is it socially beneficial?

This study examined those two questions in the case of Tambopata, Peru. Located in the Amazon rainforest, Tambopata is home to 37 ecotourism establishments that collectively cover 50,000 hectares (almost 200 square miles) and generate millions of dollars in annual revenue. Tambopata’s other main economic activities include crop and cow farming, mainly for subsistence, and for-profit logging and mining.

The authors first considered the question of private profit, comparing the profits per hectare of twelve ecotourism lodges versus the profits per hectare for the most profitable and likely alternative uses of the land. Then, they expanded their analysis to social benefits, weighing the carbon emissions caused by increased tourism traffic against the deforestation likely to occur if ecotourism is abandoned.

The study found that ecotourism was more profitable in the long term than any other common use of the land. Unsustainable logging was found to be more profitable than ecotourism in the short run—but after five years of this logging, there are simply no more trees left to harvest, and logging becomes impossible. The authors noted that a short period of selective logging—where loggers harvest only the rarest and most valuable trees in an area, leaving the wildlife mostly intact—could be followed by ecotourism, and that this would be the most profitable option.

When examining the social consequences of ecotourism, the authors found it impractical to quantify all possible costs and benefits. Instead, they focused on two main effects: the carbon footprint of tourists visiting wildlife preserves, and the carbon emissions averted by stopping deforestation. They found that avoiding deforestation was far more impactful than the carbon footprint of visitors, meaning that ecotourism significantly reduces carbon emissions when comparing those two metrics.

Interestingly, the study found that ecotourism can make other local industries more profitable. This makes sense: a small nature preserve next to a bustling town or a logging site, for example, is much less appealing than a larger area that’s been preserved.

Although this research was published in 2010 as one of the first studies to examine the profitability of ecotourism, the findings should change our general outlook on the economics of ecotourism. The study reveals that ecotourism is not only valuable in preserving wildlife and combatting climate change, but it can also be more profitable than the best alternatives. Governments and policymakers can view ecotourism as a way to align private interests with the public good. Encouraging ecotourism businesses can therefore boost economic growth while achieving other important goals.

For the general audience, this study underscores the importance of considering all relevant perspectives on an issue. Environmental activists don’t often consider whether conservation is profitable, but it’s clear that it’s incredibly important to actors like businesses and governments.

Author: Aidan O'Gara
Aidan O’Gara became interested in animal rights in the past year, after seeing research on animal suffering in factory farms. He’s interested in efficiently reducing suffering by eliminating inhumane factory farms, and hopes that Faunalytics can help empower advocates to do that important work. He is currently studying economics as an undergrad. 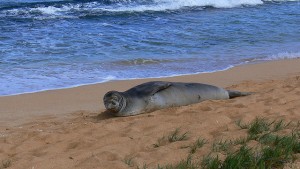