The Role Of Quotas In The Illegal Wild Bird Trade

New research found no evidence that Peru’s current quota system facilitated illegal domestic wildlife trade, but the historic export trade did.
ABSTRACT ONLY Only an abstract of this article is available.
PEER REVIEWED This article has been peer reviewed.
Summary By: Faunalytics | This is a summary of an external study | Published: April 10, 2017
Photo by Flickr user kaiban 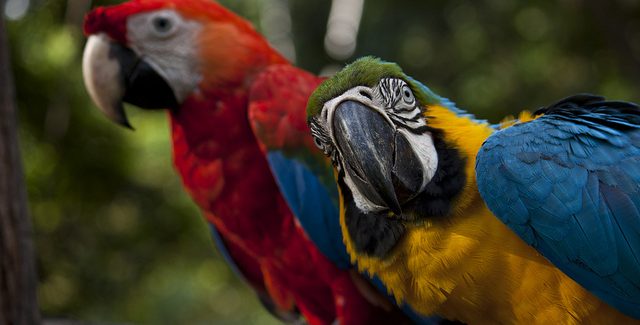 The global trade in exotic animals is legal under some circumstances and illegal under others. In an effort to legally regulate this trade, some countries impose quota systems that specify the number of individual animals of a particular species who can be exported on a yearly basis. However, previous research indicates that legal export quotas may actually facilitate illegal domestic trade. Specifically, quotas may offer unscrupulous sellers and enforcement officials a “cover” to falsify permits and deliberately misidentify or overlook species that can be legally exported but not sold domestically.

This article, published in the Journal of Nature Conservation, investigated how the legal international trade of native birds in Peru might impact the country’s illegal domestic trade. Over a four-year period, the authors surveyed 40 domestic markets where birds were sold illegally. They also compiled avian commercial export quotas and government records of native birds seizures, as well as identified 16 variables that could influence abundance of avian species. The authors hypothesized that if the quota system facilitated the domestic trade of certain birds, these birds would be more abundant in the markets and less abundant in government seizures because authorities would consider them more “legal.”

In total, the authors identified 92,761 birds for sale in domestic markets, 38% of whom were wild-caught native birds belonging to 130 species. The vast majority of native species—76%—were members of the parrot family. Seizure records showed 21,745 confiscated birds, only 31% of whom were identified at the species level for a total of 64 species. Additionally, 9 of the 12 most frequently recorded native species in domestic markets and seizure records were the same.

The authors also found that quotas did not exist for the majority of species represented in both domestic markets and government seizures, as there was a large number of birds from a small number of species and smaller numbers of birds from many additional species. The authors note that these findings do not confirm their hypothesis, as it appeared that “authorities confiscated birds that were commonly available in the markets, regardless of their quota status, meaning risk to vendors was no less for selling quota-listed birds.”

While the authors found that Peru’s legal quota system had little influence on avian species’ abundance in domestic markets, further analysis showed that the variables “U.S. Import” and “CITES permit” did have an influence on it. They confirmed this through interviews in which vendors stated that large numbers of historic exports to the U.S. and elsewhere helped establish a domestic market for certain species and that surplus birds harvested for the export market were often sold domestically.

In conclusion, the authors state that regardless of the impact of export quotas, a large number of Peru’s native birds (predominantly parrots) are being captured from the wild and sold illegally in domestic markets. They also note that small numbers of 6 endangered and threatened species were being sold at markets, including the endangered Grey-cheeked Parakeet and Grey-backed Hawk. To combat this trade, they recommend that authorities in Peru prioritize wildlife legislation, which includes providing training for officers in bird species identification. Finally, they call for further investigation into consumer demand and public awareness raising strategies.

For advocates, the paper provides evidence that abolishing export quotas on bird species is likely not an effective way to curb domestic bird markets. Instead, efforts should focus on strengthening law enforcement and reducing demand for captive birds, both domestically and abroad. 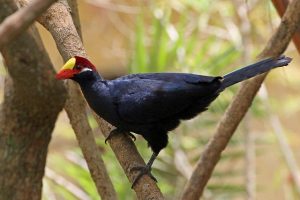 Understanding Drivers Of The Trade In Wild Animal Parts

Socio-economic and cultural factors need to be integrated into conservation policies aimed at reducing the trade in wildlife parts.