In the U.S., a mishmash of mostly ineffective laws is allowing the online sale of exotic pets to flourish, with little to no oversight or consequences.
FULL TEXT The full text of this article is available.
Summary By: Faunalytics | This is a summary of an external study | Published: January 5, 2017
Photo by Flickr user quasarkitten 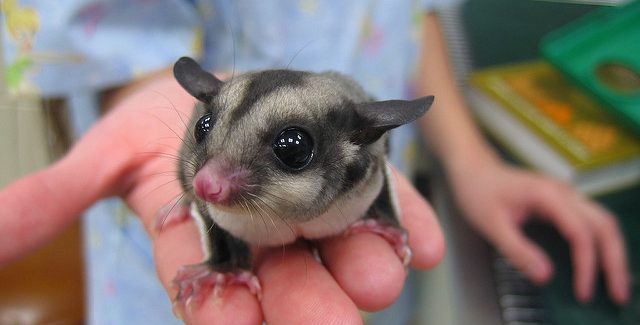 In the United States, it is surprisingly easy to purchase an “exotic” companion animal such as a monkey, tiger, snake, or sloth by visiting an online marketplace. While some state and federal laws exist to regulate ownership and commerce of exotic animals, there is little to no oversight of the sale of exotic animals online. This leads to a scenario in which millions of animals are being bred, shipped, and purchased throughout the U.S. To shed light on this issue, Born Free USA, an animal advocacy non-profit, recently published Downloading Cruelty: An Investigation into the Online Sales of Exotic Pets in the U.S., an overview and analysis of the volume of online exotic pet sales in the U.S.

Born Free USA researchers examined 1,816 online classified ads selling exotic animals over a three-month period on four classified ad websites. They identified 3,706 animals for sale—a number they declare to be “shockingly high”—in locations in Washington, DC, and every US state except Vermont. They also identified a large diversity of species for sale, including primates, large cats, marsupials, raccoons, exotic rodents, and snakes and other reptiles. Additionally, they found that the majority of animals for sale were under one year old.

In regards to ad content focused on animal welfare and care, the researchers found that the vast majority of ads provided no instructions for care, no history about the animal(s), and no information about the animal’s health or behavior. Additionally, only nine ads stated that the animal for sale could be harmful, and only 43 required any sort of background information about the buyer. The authors conclude that these numbers “clearly demonstrate the profit-driven, cavalier attitude on the part of most breeders and sellers toward the welfare and future of the exotic pets.”

The report also provides an overview of potential dangers to both animals and people arising from exotic pet ownership. They note that it is “impossible for a person to provide a suitable and healthy environment for an exotic animal within the confines of a home.” As a result, exotic pets often suffer abuse and neglect including being removed from mothers at a young age, receiving inadequate food, housing, and socialization, and undergoing mental and physical trauma due to isolation and the inability to express natural behaviors.

The authors also list multiple incidents in which people have been seriously harmed by exotic pets, warn about potentially catastrophic disease outbreaks in humans originating from wild animals, and describe how exotic pets can be a strain on both law enforcement resources and non-profit sanctuaries that “become the dumping ground for unwanted animals.”

The final portion of the report discusses current legislation addressing ownership and commerce in exotic pets. The authors note that 19 states have a ban on the private ownership of most exotic animals, 12 have a partial ban, and 14 require pet owners to obtain a license or permit. However, many of these laws are poorly monitored and difficult to enforce. They further state that there are no federal laws that ban exotic animal ownership in general and no laws against commerce in exotic reptiles, amphibians, and small mammals. The authors do praise the federal Captive Wildlife Safety Act, a law passed in 2003 that prohibits interstate commerce in big cats as pets and has seemingly helped reduce the big cat trade in the U.S.

The report ends with a set of recommendations for legislation, website policies, and public education. Specifically, the authors call on Congress to pass the Captive Primate Safety Act, a law that would prohibit interstate commerce in primates, as well as the Big Cat Public Safety Protection Act, a law that would prohibit private ownership of big cats entirely. They also call for a federal law prohibiting people from buying exotic animals in interstate commerce over the internet and laws in every state prohibiting the private ownership of exotic animals. They further recommend that classified ad websites work to restrict or eliminate ads for exotic animals, possibly through a certification process, and they express hope that their report will educate the general public about the animal welfare and public safety risks inherent in exotic pet ownership and discourage people from buying exotic animals over the internet.

Dylewsky, K. (2016). Downloading Cruelty: An Investigation Into The Online Sales Of Exotic Pets In The U.S. Retrieved from Born Free USA Website: http://www.bornfreeusa.org/a3e_downloading_cruelty.php