New research indicates that dogs used in Animal Assisted Therapy may experience no difference in stress than "normal" companion dogs.
FULL TEXT The full text of this article is available.
PEER REVIEWED This article has been peer reviewed.
EXTERNAL STUDY This is a summary of an external study.
Summary By: Faunalytics | Published: May 23, 2016
Photo by Flickr user umkcmarcom

Companion animals hold a special position in our society because of the close bond they share with people. Through hundreds of thousands of years of evolution, we have developed a tight relationship with dogs and cats that often goes beyond just friendship or companionship. These animals may also benefit humans through animal-assisted therapy (AAT) programs, which are increasingly common. While there has been a fair amount of research on how helpful AAT is for humans, the effect of AAT on non-human animals is poorly understood. Indeed, some researchers question the welfare of dogs in AAT and animal-assisted activities (AAA). A few have even stated that these types of human-animal interactions can be “among the most potent stressors a dog can endure.” Further, AAA and AAT dogs are, in many senses of the word, working dogs; as such, there is the potential for stress, fatigue, and burnout similar to human work environments.

In this U.S. based study, researchers set out to measure the stress levels of dogs being used in AAA/AAT programs. While many studies related to animal stress are done by measuring salivary cortisol levels, use of cortisol as a measure can be somewhat misleading because changes can happen for multiple reasons. To adjust for this, the researchers in this study measured cortisol levels, but also made behavioral observations through video recordings of the sessions. The study was carried out in three settings – a home setting, a novel setting, and an AAA setting “in which college students interacted with dogs in the communal area of a residence hall.” The home setting was generally used to provide baseline cortisol and behavioral data that would then be compared to the data gathered in the other settings.

The researchers found novel and unpredictable settings are most stressful for dogs and that the AAA-style setting was relatively non-stressful. They found that a 60-minute AAA session that was conducted in a “safe and controlled manner” for college students didn’t alter cortisol levels or stress behaviors. They determined it “likely” that the activity did not negatively impact dog welfare. That said, the researchers noted some inconsistencies with the results. The researchers emphasized that stress experienced by dogs during AAA is not a given and that “an appropriately trained handler can influence the dog’s perception of the environment and minimize the stress response by facilitating controlled and predictable interactions.” They found some correlations between cortisol and behavior, but they recommend a cautious approach to interpreting them because “they did not persist through all settings or time points.” Instead, the researchers noted that “this inconsistency illustrates the challenge in correlating physiologic and behavioral parameters.”

For companion animal advocates, this one study does not allow us to draw firm conclusions about the welfare of animals used for AAT/AAA. Just as the reliability and effectiveness of AAT/AAA have been studied numerous times for humans, the impact on animal welfare in these settings also needs to be studied further. At the very least, this research study and others like it are a step in the right direction, towards a view of animal assistance that takes into account both the benefits for people and the potential costs for animals. While the use of cortisol as a measure of welfare may be problematic, other methods might prove more fruitful and help us better understand how companion animals experience AAT/AAA. 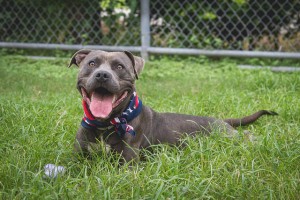