New analysis indicates that global fishing may be severely underestimated. What does that mean for fish?
FULL TEXT The full text of this article is available.
PEER REVIEWED This article has been peer reviewed.
Summary By: Karol Orzechowski | This is a summary of an external study | Published: February 25, 2016
Photo by Flickr user obeck 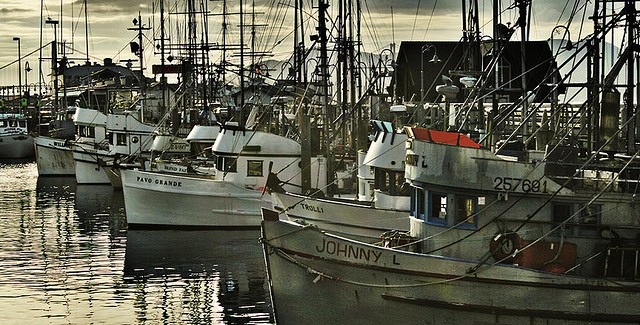 The impact of the world’s commercial fishing industry is both hard to ignore and difficult to estimate with any accuracy. Unlike other kinds of animals that we use for food, fishing is rarely measured in terms of individuals and instead is usually measured by weight. What’s more, outside of the commercial fishing industry, fish is “the major animal protein source that rural people can access or afford,” and those numbers are even harder to estimate. Likewise, the popularity of fish consumption is increasing in “countries with developed or rapidly developing economies,” which has created a demand “that cannot be met by fish stocks in their own waters.” This growing and globalized demand means that industrially-caught fish are increasingly commodities that are “mostly traded between continents rather than consumed in the countries where it was caught.”

The Food and Agriculture Organization of the United Nations (FAO) gathers statistics from member countries about their commercial fishing operations (statistics that may already be inaccurate or misleading). But these statistics generally “omit or substantially underreport” data from small-scale fisheries. Data from the FAO is considered the “go to” source for global fishing numbers, but the magnitude of underestimating fishing data has been unknown until now. This report attempts to use a technique called “catch reconstruction” to “derive estimates for all fisheries components missing from the official reported data.”

What they find, even with incomplete estimates, is that “reconstructed global catches between 1950 and 2010 were 50% higher than data reported to FAO suggest, and are declining more strongly since catches peaked in the 1990s.” Importantly, their numbers suggest a different trajectory for the fishing industry. The FAO statistics show that, starting in 1950, the world harvest of fishes “increased fairly steadily to 86 million tonnes (mt) in 1996, stagnated and then slowly declined to around 77 mt by 2010,” but the reconstructed catch numbers show a peak of 130mt in 1996 and a more rapid decline since then.

“Thus, the researchers say, “the reconstructed catches are overall 53% higher than the reported data.” They also caution that the decline in catch is not “due to some countries reducing catch quotas so that stocks can rebuild.” The researchers noticed a similar decline in reconstructed catches when quota-managed countries are excluded. What the decline could mean, however, is that there are simply fewer and fewer fishes available for the industry to catch.

For animal advocates, this report should be alarming. Annual fishing numbers are already tremendously high and a cause for serious concern. Likewise, as we’ve covered in the past, there are many hidden aspects of the fishing industry that should be included in the overall numbers for an accurate picture of the total number of fish deaths. This report shows that the situation for fish is almost certainly worse than previously thought. The authors of this report say that countries need to gather better statistics about small-scale fisheries and report those along with their commercial statistics. This may help us with a more accurate understanding of the depth of the problem, but for animal advocates the report shows that we need to redouble our efforts to curb fish consumption.