The Global Footprint Of Fish Consumption

To truly measure the footprint of the world's consumption of fishes, we need to factor in fishes, as well as what they eat.
FULL TEXT The full text of this article is available.
PEER REVIEWED This article has been peer reviewed.
EXTERNAL STUDY This is a summary of an external study.
Summary By: Owen Rogers | Original Study By: Guillen, J., Natale, F., Carvalho, N. et al. (2019) | Published: April 2, 2020
Photo by zhan zhang on Unsplash

Slowly but surely, it’s becoming common knowledge that commercial fishing is environmentally unfriendly, and many species of fish are threatened by overfishing or are already extinct due to it. To tackle this issue, NGOs and government bodies have been tracking the number of fishes and other sea animals taken from fisheries, and using this to try to determine a “sustainable” level of production. However, these numbers may be misleading. The Food and Agriculture Organization, an arm of the UN, tracks fish production in both aquaculture (fish farming) and wild capture fisheries.  However, the authors here disagree with this measure of sustainability, arguing that consumption is just as – if not more – important. This is especially true given the high amount of fish products that are traded internationally, as well as the number of fishes that are indirectly consumed. They propose a new measure of sustainability that takes these issues into account.

It’s worth noting upfront that the growth of aquaculture is largely due to our appetite for fishes, which cannot be sated by sustainable wild-catch fisheries. Fish farming is usually cheaper than catching wild fish, and since the animals are purpose-raised in captivity, no wild marine life are threatened (theoretically — in practice, this is not the case) and there is no danger of overfishing. However, there is one issue: food. Many fish are carnivorous, including popular farmed species like salmon.

To feed their fish, farms rely on fishmeal, which often comes from capture fisheries. Therefore, looking only at the amount of “seafood” produced by capture fisheries gives us incomplete data, since a high proportion of wild-caught fish are actually destined for fishmeal. When looking at a country’s aquaculture production, we need to take into account not only the volume of the final product, but also the fishes that went into feeding them, who were probably wild-caught. Although the authors note that more and more aquaculture facilities are shifting to plant-based feed, there are still many fish from capture fisheries that are used for fishmeal and are therefore not included in most sustainability claims.

What’s more, current studies look mostly at a country’s production of fishes, not consumption. Given the relatively high amount of marine products that are traded internationally, this is an oversight that leads to inflated estimates of sustainability. A country may appear to be sustainable if we only look at the amount of fish coming out of their fisheries, but less so when we look at how much of their domestic consumption is sourced from abroad.

This study estimates that the global per-capita consumption of marine biomass is around 27kg per person for the year 2011. This is nearly 10kg higher than official FAO numbers for the same year, because this method accounts for indirect consumption through fishmeal. This indirect consumption is responsible for 17% of our global per capita fish footprint, while capture fisheries and aquaculture account for roughly 41.5% each. The authors also found that fish consumption in the U.S., E.U., and Japan are significantly dependent on imports, meaning that simply looking at their fishery production will make them look more sustainable than they truly are.

Consumers and producers both have a part to play in reducing the stress on our world’s oceans. This study doesn’t even cover the effects of commercial fishing on other marine animals, who are often caught as bycatch or are robbed of their food source. Reducing (or eliminating) our consumption of fishes is critical to any vision of sustainability, and we can start by accurately tallying our impact. This new method of measuring sustainability is an improvement in two major ways: it accounts for indirect consumption, and it accounts for international trade. To fight environmental degradation and overconsumption, we need the most accurate information available, and animal advocates and other organizations should consider using this new method to better inform themselves and others. 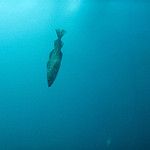 This study looks at the prevalence and impact of illegal and unreported (IU) fishing on the U.S. market, specifically, "a new effort to study and quantify the dimensions of the problem from the perspective of the United States as a major seafood market." Researchers looked at a wide range of sources to estimate the percentages of IU fish that enter the U.S. market, and also provide a breakdown as to how the IU fishing of different species fits into the overall picture. What results is a situation that demands attention from both policy-makers and consumers to rectify.

The Downside Of Meat Taxes

Meat taxes are one strategy promoted by animal advocates, but this report suggests that they could result in even more animal suffering.

As awareness builds around farmed fish practices, a new study suggests that consumers do not just have environmental concerns — they are also concerned about animal welfare.