Farmed animals may be particularly vulnerable to predation during droughts caused by the El Niño Southern Oscillation. Wildlife managers should take note.
ABSTRACT ONLY Only an abstract of this article is available.
PEER REVIEWED This article has been peer reviewed.
Summary By: Florence Williams | This is a summary of an external study | Published: October 2, 2017
Photo by Flickr user JavierGross

Wildlife preying upon farmed animals can cause economic hardships for ranchers. This may not yield a much sympathy from animal advocates, but it’s a main reason for ranchers and farmers to oppose wildlife conservation efforts. While these conflicts are not new, they may be exacerbated by recent changes in weather patterns. A paper published in the Journal of Arid Environments in 2015 demonstrates the connection between farmed animal predation in Coquimbo, Chile, and droughts caused by the El Niño Southern Oscillation, or ENSO.

The ENSO is a 3-4-year oscillation between a period of warm, wet weather, and a period of cool, dry weather. The warm, wet period is generally known as El Niño (“the boy”), and the cool, dry period is known as La Niña (“the girl”). The warm phase of the ENSO causes higher rainfall in Chile and other South American countries. This extra rainfall increases plant growth in arid and semi-arid regions, where plant growth varies year-to-year more than in humid regions.

As a result of this increased vegetation, the populations of small animals grow because more plant food is available. The predators that feed on small mammals, in turn, grow more numerous. The cool phase of the ENSO causes droughts, and thus decreased plant growth. This reduces the small mammal population, leaving less prey available for predators.

A research team in Chile wondered whether predators would shift towards predating farmed animals during years when drought had reduced the population of small mammals. They devised a study to test the relationship between rainfall, small animal populations, and farmed animal predation.

In Bosque Fray Jorge National Park (Fray Jorge), small mammal populations were measured by trapping. Animals trapped were identified, counted, and released. Information on rainfall was collected at a meteorological station in Fray Jorge. The number of farmed animals preyed upon was taken from reports of culpeo foxes preying upon sheep and lambs at the “El Tangue” ranch, which is located about 25 km away from Fray Jorge. This study continued for 15 years, from 1990 to 2005.

The study showed only a weak connection between the measured density of small mammals, and reports of lost sheep. However, there was a significant negative correlation between number of sheep lost and average annual rainfall. That is, more sheep were killed by predators during the cool phase of the ENSO. The researchers theorize that this may be because the small mammal population was measured in Fray Jorge National Park.

Since it is a protected area for wildlife, the small mammal population in Fray Jorge may be less prone to fluctuation than the wildlife in the human-impacted El Tangue Ranch. The researchers concluded that culpeo foxes, and possibly other predators, will adjust to eating more farmed animals during long periods of drought. This information suggests that wildlife managers should allocate more resources to protecting farmed animal during droughts caused by the ENSO. It also raises questions about the future of farmed animal predation as the climate changes and droughts increase in frequency.

Author: Florence Williams
Florence Williams is a social worker in Seattle, WA. Their interest areas are effective advocacy for farmed animals, and playing with statistics. 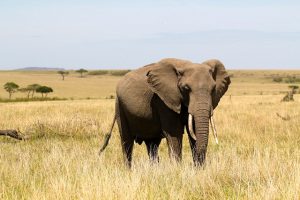 Preliminary research shows that appeals for protecting farmed animals may encourage attitudes that increase the potential for wild animal suffering. 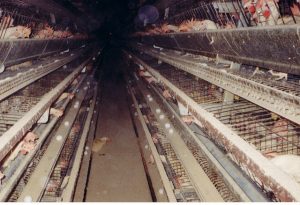