In remote areas with minimal government surveillance, the mere presence of wildlife researchers may help to deter poaching.
FULL TEXT The full text of this article is available.
PEER REVIEWED This article has been peer reviewed.
Summary By: Faunalytics | This is a summary of an external study | Published: August 23, 2016
Photo by Flickr user rod_waddington 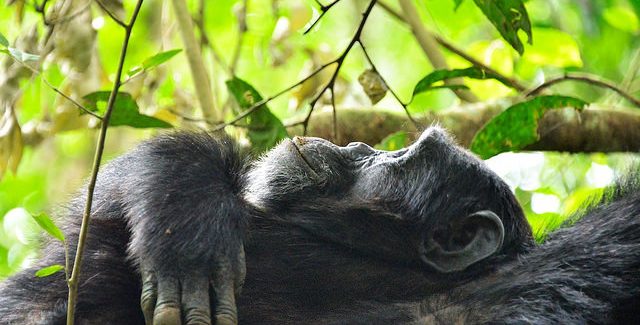 Large mammals are under threat throughout much of the continent of Africa. Protected areas that once provided a safe refuge are struggling to mitigate human-wildlife contact, be it poaching or even just encroachment. In Tanzania, more than 30% of land has some kind of protective status – including forest reserves, game reserves, etc. – yet poaching continues to be a problem. Efforts to protect more lands are considered “politically and economically complex.” Conservationists are always on the lookout for creative strategies to make the most of existing protected areas. For example, this study examined whether or not the presence of researchers can help to protect animals through their presence as well as their knowledge.

The study’s hypothesis was that the presence of researchers could help deter small-scale subsistence hunting, which composes “most of this illegal industry.” While researcher presence won’t do much to deter lucrative commercial hunting, it might help in other ways. To test their hypothesis, the authors “measured the spatiotemporal distribution of snare and mammal encounters as a function of proximity to the researcher base station and overall search effort.” The area has no formal protective status and thus no government intervention. The researchers collected data at the beginning of the research project, which provided a baseline for comparison. They found that there were “significantly fewer snares” closer to the base station. The researchers attribute this to “hunter-avoidance of researcher teams.”

Ultimately, the authors warn that “inundating (protected areas) and unprotected areas alike with researchers is not the solution.” Instead, they believe that a multiple-pronged strategy that includes researcher presence, government patrols, and community-based conservation “may the most effective way forward compared to any strategy on its own to reducing illegal human activity.” 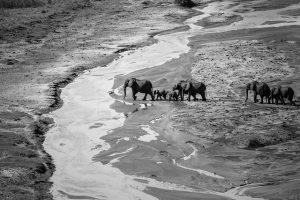 Using human demographic data to guide conservation may be a fool's errand if researchers don't account for population shifts due to migration.