A Comprehensive Survey On Companion Animals In Chicago

A comprehensive review of attitudes and pratices towards companion animals in the Chicago area offers some important lessons for other metropolitan areas.
ABSTRACT ONLY Only an abstract of this article is available.
PEER REVIEWED This article has been peer reviewed.
Summary By: Selena Darlim | This is a summary of an external study | Published: November 23, 2016
Photo by Flickr user youngandwithit 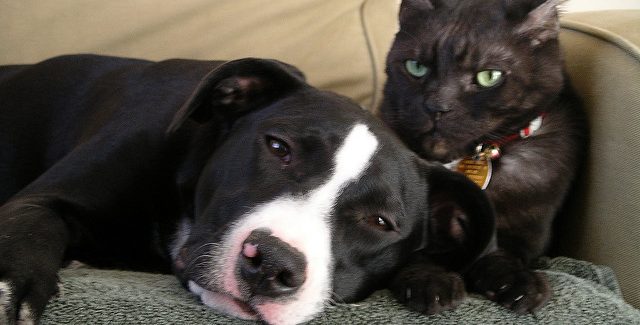 Companion animal shelters in the Chicago area have been struggling. A 2010 report by the Chicago Animal Shelter Alliance claimed that 44% of the 44,938 dogs and cats who entered the Chicago animal shelter system were euthanized, while only 27% of them were adopted. Such numbers are likely to draw criticism from members of the larger animal welfare community; but this criticism may negatively impact the public’s perception of these shelters, as fewer people want to adopt from “bad shelters.” Some shelters may also struggle to treat older, sickly, or less social animals if the surrounding community is unwilling to adopt and care for them.

The Asilomar Accords were created in 2004 as a means for shelters and animal welfare groups in a given community to establish and focus on achieving community-specific goals. In accordance with the Asilomar Accords, this study evaluated attitudes, acquisition, and care standards of dog and cat guardians living within the Chicago area. To conduct the study, researchers distributed surveys at five different companion animal stores of the same chain. Eligible participants had to have continuously kept a companion animal for at least three years and lived within specific zip codes. Separate surveys were given to cat and dog guardians to better evaluate how participants treated each species. Participants who lived with both dogs and cats took both surveys.

The survey addressed two major categories: pet guardianship and health. The pet guardianship section asked questions relating to the total number of companion animals in the household and where they were obtained (shelter, street, breeder, etc.), as well as whether they were kept indoors or outdoors. The section on health included hypothetical questions that asked participants to rate their willingness to provide costly temporary or ongoing treatment to their pets. Participants responded on a five-point scale ranging from “not at all likely” to “very likely.” The health section also included questions about past veterinary expenses. Lastly, guardians were asked to rate their level of attachment to their pets on a scale of one (no attachment) to ten (the same attachment they would feel towards a human).

Five-hundred and twenty-nine (529) surveys representing 582 dogs and 402 cats  were included in the study. Of these animals, 500 of the dogs and 348 of the cats were still living with the participants. There were more households with dogs than with cats  (approximately 62% to 28%), and 10% of respondents lived with both cats and dogs. The majority of animals (81% of dogs and 87% of cats) were indoor-only. Chicagoans were more likely to have obtained dogs from breeders than cats, who were more likely to have been adopted from shelters or as strays. Respectively, 93% and 90% of people living with dogs and cats rated their affection towards their companions as an 8 or higher.

People living with dogs were more willing to take their dog to the veterinarian, spend $1,000 or more on veterinary care, or pay for hypothetical health issues than were people living with cats. Interestingly, guardians who had adopted their cat from a shelter were more likely to take some additional measures for their cat’s health than people who had obtained their cats elsewhere. Despite the difference in the amount they claimed to be willing to pay for veterinary treatment, there was little difference between the amounts that dog and cat guardians actually paid for veterinary care. Furthermore, people with shelter animals of both species were no less willing to pay $1,000 or more for veterinary care than animals obtained from other sources (including breeders). People with shelter animals were also the most likely to take their companion animals to the veterinarian for annual check-ups. It should be noted that participants at one survey site were less willing than other participants to pay high sums of money for veterinary care. This is likely because that survey site was located in a neighborhood with a lower average household income than the other four sites.

The results of this study offer animal advocates a snapshot of people living with companion animals in the Chicago area, but could have much broader implications. This may inspire advocates in other geographical areas to consider their local communities when treating animals for adoption or designing adoption campaigns. Based on this study, average household income seems to be a good indicator of the general community’s willingness to provide veterinary care, which may help animal caretakers target the best areas to adopt out companion animals who might need ongoing treatment. Shelter-animal guardians claimed to be just as willing to pay for expensive veterinary bills as other animal guardians, meaning that shelter animals can be just as secure in their healthcare as animals adopted from breeders. Animal advocates (particularly those in large cities) may also want to ramp up campaigns that urge individuals to adopt dogs from shelters, who as of now are still more likely to be acquired from breeders.