Americans Are Being Scared Away From Seafood

The growing negative perceptions about the seafood industry have led Americans to reduce their seafood consumption from 16.5 pounds per person to 16.3 pounds from 2006-2007.
FULL TEXT The full text of this article is available.
Summary By: Faunalytics | This is a summary of an external study | Published: February 26, 2009
Image by Pixabay user monika1607

Data from the National Oceanic and Atmospheric Administration show that seafood consumption among Americans fell from 16.5 pounds per person in 2006 to 16.3 pounds per person in 2007. Related findings from a separate study conducted by the University of Delaware identified negative perceptions about taste, affordability, and availability as barriers to seafood consumption.

Declining seafood consumption is most likely related to negative perceptions about the seafood industry. Research by the University of Delaware also found that of the consumers who had heard negative messages about seafood, nearly 60% mentioned mercury.

According to a spokesperson for the National Fisheries Institute, “We already know close to 80 percent of Americans are not eating seafood at least twice per week.” The average American ate 16.3 pounds of fish and shellfish in 2007, a slight decline from the 2006 consumption figures of 16.5 pounds. 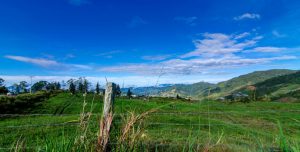 A Faunalytics infographic looks at reductions in environmental impact and land use, and how cutting out animal products still makes the biggest impact.