Alternatives To The Use Of Primates In Science

This thorough review discusses the protocols and ethics around using non-human primates, and various alternatives, for toxicology experiments.
ABSTRACT ONLY Only an abstract of this article is available.
PEER REVIEWED This article has been peer reviewed.
ANIMAL RESEARCH This article involves research on captive animals, which Faunalytics opposes.
Summary By: Selena Darlim | This is a summary of an external study | Published: January 12, 2017
Photo by Flickr user jfchenier 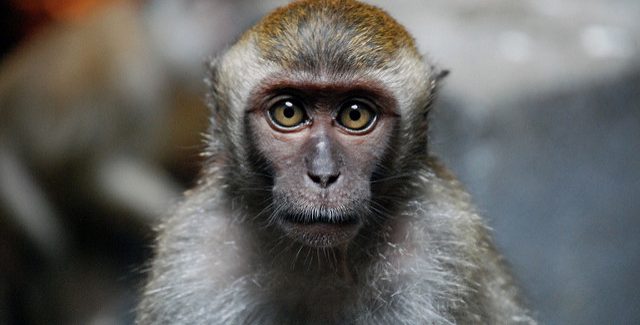 Non-human primates (NHPs), particularly the cynomolgus monkey, are generally the preferred animal for regulatory toxicology (the testing of drugs) due to their physiological similarity to humans. In fact, this article claims that the number of NHPs used in regulatory toxicology has increased in recent years. However, matters such as public perception of the use of primates in research, the large number of animals required for testing, and the difficulty of working with larger, longer-living animals requires scientists to find NHP alternatives.

This article summarizes the strengths and weaknesses of alternative approaches to using NHPs, including the approach of not using any animals at all. Below we outline some of the other species that the article describes; this does not mean that Faunalytics supports or endorses replacing one species with another, however.

One NHP replacement species that has gained ground in recent years is the Göttingen minipig, most commonly used in safety testing. They are the most understood in terms of their genetic sequence; their genome is only 7% smaller than humans and they are pathologically comparable to humans, primates, and dogs in many respects. Use of the minipig also has a perceived “ethical advantage” over primates and dogs due to their greater ability to adapt to their environment, their younger reproductive age, and the public’s perception of them. Minipig facilities have become more prevalent in the pharmaceutical industry and breeders are developing genetically modified variants of the species. This would result in a greater variety of “applications” for them, which would mean more individual pigs used in experiments.

As far as dogs, there is no corresponding dog gene for several human genes. Despite this, research on dogs has been a cornerstone in the study of human internal medicine, and they are a less expensive alternative to primates. Beagles are the most commonly-used breed because their gentle nature, small size, and lack of inherited health problems (ironically) make them easy to work with. Despite their popularity, beagles are not always the best nonrodent species for drug testing: they are sensitive to a wide variety of drugs, are prone to complications at low doses (such as gastrointestinal lesions), and can fall victim to the “beagle pain syndrome” (an inflammation of blood vessel walls). All of these can complicate the application of drug toxicity to humans.

Rabbits have similar sensitivities to dogs when it comes to several types of drugs. While they can injure themselves if mishandled, their size and young reproductive ages mean they are used for tests in fields such as reproductive toxicity, teratogens, and skin and eye tolerance. Like rabbits, ferrets are used in a wide variety of toxicity testing. Ferrets have never been used as the primary species for the toxicity or safety of a marketed drug, although there is apparently no particular reason preventing them from being used. However, the number of ferret breeding facilities would have to increase if more ferrets began to be used in research.

Sheep, goats, cats, and tree shrews are all rarely used in regulatory toxicology. Sheep and goats have respectively been used to model human pregnancy and hypertension/heart failure, but size and availability mean these species are rarely used. Cats have been used to study oncology, infectious diseases, and AIDS. Due to public perception, however, they are now uncommon in safety testing related to these conditions. Tree shrews have been used as NHP alternatives in studies relating to myopia, hepatitis virus infections, and psychology. Research has indicated that they share some pathological similarities to humans. Tree shrews are difficult to source for research purposes, so they are impractical species for regulatory toxicology.

Rodents are the most common research animals and may be used in regulatory toxicology if primates or other nonrodents are unavailable. Rats are commonly used for fertility testing because their fast reproductive rates allow studies to be conducted in a relatively short timeframe. Furthermore, rats have been used for predicting male fertility responses because they share certain similarities to human men. Genetically-modified rodents and other transgenic animals have been specifically altered to express certain human genes. Lower order species (non-mammals) such as the zebrafish are considered for some studies as a last-resort, though genetic modification may lead to the increased use of lower-order animals in the future.

In rare cases, data from microorganisms (in vitro studies) may be used rather than data from animals (in vivo studies). In these instances, animal studies are a waste of time, resources, and animals’ lives. According to the article, studies where in vitro approaches are most appropriate involve “bispecific antibodies, fusion proteins, immune system modulators, and therapeutic cancer vaccines… [in these situations] replacement by careful evaluation of all other biological data and careful clinical study design with a low starting dose and careful dose escalation may be an alternative.”

The main takeaway of this article is that the scientific community has responded to the controversy around the use of NHPs in research and is looking for ways to reduce the number of individuals used. Unlike some scientists, most animal rights advocates will not accept other animals as a replacement to NHPs, as the idea of replacing one species with another is not ethically justified. Nonetheless, advocates may expect to see increased use of the minipigs and transgenic animals as NHPs and companion animals such as dogs are phased out. According to the article, in vitro studies are not (yet) applicable to all aspects of regulatory toxicology, but they provide a promising alternative to using any animals at all. 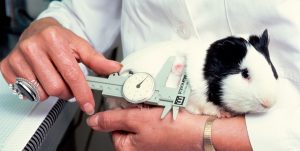 Calculating The Costs Of Animal Research

Personalized medicine offers an effective alternative to outdated and ineffective animal models, but adjustments to both FDA regulations and NIH funding are badly needed. 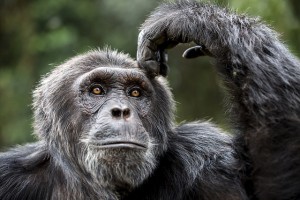 Captivity and laboratory testing can have serious negative psychological and physical effects on retired chimps, even after they are moved to a sanctuary.