Wealth Does Not Dictate Concern For The Environment

Contrary to popular belief, citizens from poorer nations are equally (if not more) concerned about the environment than those living in wealthier nations, and show more support for efforts to solve environmental problems.
EXTERNAL STUDY This is a summary of an external study.
Summary By: Faunalytics | Published: August 18, 2008
Image by Pixabay user nattanan23

A study of several dozen nations with different economic situations found that those living in relatively poorer nations are equally or more concerned about the environment when compared with those living in wealthier nations.

Researchers believe that previous studies failed to recognize that environmental issues threaten more than just the quality of life; they affect material welfare as well. This research suggests that “well-designed policies to promote sustainable development will have more appeal to citizens of poor nations than is often assumed.” 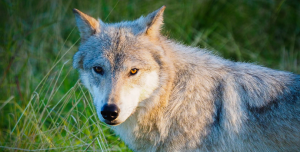 Conservationists Vs. Animal Welfare Groups – Are They That Different?

Conservation and animal welfare groups agree on the level of harm to wildlife caused by humans. Wildlife managers can be more inclusive of welfare groups.