Walking A Day In Subscribers’ Shoes

This report examines the differences between several consumer groups on their media usage and determines the affect of direct mail and email campaigns on each group.
EXTERNAL STUDY This is a summary of an external study.
Summary By: Faunalytics | Published: December 1, 2008
Image by Pixabay user LadyBB

This whitepaper, based on ExactTarget’s 2008 Channel Preference Survey, examines several consumer groups including Wireds, Established Pros, Teens, College Students, Retired People, and Young Homemakers. The report identifies the influence of direct mail and email campaigns have on consumer purchases as well as their media consumption habits.

Wireds, typically males in the 18-34 age range with no children and high incomes, are heavy consumers of digital media, spending on average eight hours per day online, and an additional three hours exposed to radio or television. Nearly nine out of ten members (87%) have been persuaded by an email to make a purchase.

Established Pros are full time professionals, generally age 35 or older with incomes above $75,000 per year. Members of this group are moderate consumers of media, spending about three hours per day on television or radio, largely during commute times and a significant amount of time online both at work and at home. Email (89%) and direct mail (90%) have both heavily influenced purchase decisions among this group.

Teens, between the ages of 15 and 17 years old, are heavily inclined toward screen-based media (computers and television), although media exposure is limited during the school day. Direct mail has influenced 58% of teens while email has influenced 42% in purchase decisions.

College Students are generally between 18-24 years old, but 10% of this group is above this age range. Exposure to television and radio is relatively low, although college students are heavy internet users. This group is least likely to say that direct marketing has influenced them; 27% say it has never influenced a purchase decision, although about half have made purchased based on marketing though direct mail (55%) and email (50%).

Retired People spend more time watching television than any other group, averaging about seven hours per day. Use of online media is gradually increasing, although traditional media is still favored. The majority have been influenced by some sort of direct marketing to make a purchase, 90% by direct mail and 73% by email.

Young Homemakers are women who designate “homemaker” as their primary occupation, typically between 18-34 years of age. Based on their media consumption, this group can be divided into two groups. The High Media group watches about six hours of television each day and spends about three hours per day online, while the Low Media group watches less than two hours of television per day and spends 1-2 hours per day online. Overall, 72% of Young Homemakers have made purchases as the result of direct mail influence, while 53% have made purchases based on the influence of emails. 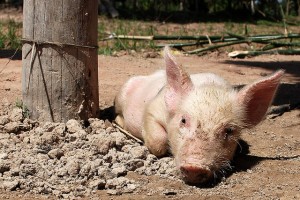 A Year Later: The Effectiveness of FARM’s 10 Billion Lives on Warped Tour

This report details findings from a second round of research that Farm Animal Rights Movement (FARM) conducted into the effectiveness of their 10 Billion Lives Tour, which utilizes pay-per-view video outreach at college campuses, street fairs, and music festivals.