Trends In Animal Use At U.S. Research Facilities

Although the U.S. claims to be reducing its usage of research animals, a closer examination of the numbers shows a stark increase in the usage of animals in experiments.
ABSTRACT ONLY Only an abstract of this article is available.
PEER REVIEWED This article has been peer reviewed.
EXTERNAL STUDY This is a summary of an external study.
Summary By: karol orzechowski | Published: March 19, 2015
Image by Flickr user hyshqa, under Creative Commons License

Reduction of animal use is one of the cornerstones of ethical research policy. Institutions in the U.S that conduct animal research claim to be testing on less animals each year. This study aimed to dig deep behind their rhetoric to better understand how many animals are actually being used in research, and compared the results to the institutions’ claims. The findings reveal that, despite many public claims that animal use is decreasing, the use of animals is, in fact, sharply increasing. This is due to institutions using more species such as mice in their research that are not covered by the Animal Welfare Act.

Reducing the use of animals in laboratory tests is not just a matter of voluntary ethics, the policy is also law. This study outlines that “the need to minimise animal use is codified in the text of US federal regulations and guidelines that govern animal experimentation and comports with growing moral concern regarding the practice, increasing evidence that animal models do not faithfully translate to humans, and the development of technologies that supplant animal use.” Unfortunately, because the federal Animal Welfare Act (AWA) in the U.S. only requires statistics to be kept of testing carried out on certain animals, numbers relating to the vast majority of animals used, such as mice and rats, remains unknown. “Estimates for the total number of animals used in laboratories vary widely from 17 million to as high as 100 million, as do approximations about patterns in their use,” say the authors of this study. “While the AWA’s animal use reporting requirements make it impossible to reconcile these figures due to the exclusion of key species, institutions funded by the National Institutes of Health (NIH) are required to submit a report that includes the average numbers of all vertebrate animals (mice, rats, birds, fish, reptiles and amphibians included) held and used for experimental purposes.” To try to approximate more accurate statistics, the researchers gathered animal use data from species inventories, and used open records laws to gather copies of the three most recent reports from a sample of “the top 25 largest public and private recipients of NIH funds for 2011.”

The findings immediately call into question the assertion that animal use is decreasing. “The current study illustrates that among […] leading US animal experimentation facilities, overall animal use has increased significantly over a recent 15-year period, due mainly to increases in the use of mice.” These results are a direct contradiction of the industry’s claims, however, they are “consistent with international trends in experimental use of animals in recent years that show an increased use of mice (mainly for GM purposes).” Therefore, any claim that the U.S. may make of being a world leader in the reduction of animal experimentation is plainly false. In fact, the U.S. seems to be right in line with current trends, even though many concerns have been raised in the country “by the general public, scientists and animal welfare community.” The bias that allows testing on species such as mice and rats not to be reported, is likely to be behind the “significant increases in their use.” Along with their use in general being “subjected to substantially less independent oversight.” The authors note the ongoing effort from many organizations to have all animals equally included under the AWA.

For animal advocates, the results of this study show that when it comes to animals in laboratories, there is still a long way to go to make sure that all animals being tested on are equally recognized and counted. “The USA is one of the world’s largest users of animals in research,” note the authors. But “the absence of readily available data on the total numbers of animals used makes it impossible to discern whether existing laws and policies designed to meet public expectations and adhere to ethical principles by minimising animal use are effective.” The authors suggest, as many have before, that “a new policy of compiling, analysing and regularly publishing [comprehensive data about animal use] would provide scientists, policymakers, the public and other stakeholders with crucial information.” In the absence of this information, what we know for sure is that animal use in labs is on a sharp increase.

Original Abstract:
Minimising the use of animals in experiments is universally recognised by scientists, governments and advocates as an ethical cornerstone of research. Yet, despite growing public opposition to animal experimentation, mounting evidence that animal studies often do not translate to humans, and the development of new research technologies, a number of countries have reported increased animal use in recent years. In the USA—one of the world’s largest users of animals in experiments—a lack of published data on the species most commonly used in laboratories (eg, mice, rats and fish) has prevented such assessments. The current study aimed to fill this gap by analysing the use of all vertebrate animals by the top institutional recipients of National Institutes of Health research funds over a 15-year period. These data show a statistically significant 72.7% increase in the use of animals at these US facilities during this time period—driven primarily by increases in the use of mice. Our results highlight a need for greater efforts to reduce animal use. We discuss technical, institutional, sociological and psychological explanations for this trend. 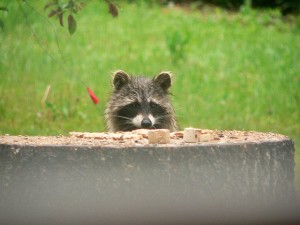 Putting an End to Rabies Vaccine Potency Tests on Animals

A survey of rabies experts shows that vaccine testing on animals is expensive, not scientifically relevant, and has serious animal welfare concerns.