The Mental Endurance Of Bumblebees

Bumblebees are willing to endure pain for a reward – but only when it’s worth it. This suggests a capacity to feel pain, similar to mammals.
FULL TEXT The full text of this article is available.
PEER REVIEWED This article has been peer reviewed.
ANIMAL RESEARCH This article involves research on captive animals, which Faunalytics opposes.
EXTERNAL STUDY This is a summary of an external study.
Summary By: Nick Souter | Original Study By: Gibbons, M., Versace, E., et al. (2022) | Published: November 14, 2022
Photo by Kristine Tanne on Unsplash

Many animals, including humans, often need to make trade-offs in order to get the things they want or need. In some cases, this will mean enduring an uncomfortable level of pain. For example, hermit crabs feel pain as a result of electric shocks but will withstand a higher voltage to stay in a high-quality shell than they might for a less suitable home. Similarly, many people willingly endure discomfort at the dentist for the reward of healthy teeth.

Relatively little is known about insects’ experiences of pain. Given that such large numbers of insects exist in research laboratories and in farms to feed humans and other farmed animals, it’s important to understand the extent to which they can suffer.

In this study, researchers tested whether bumblebees make motivational trade-offs. In other words, are they willing to endure pain in order to receive a reward? To test this, 41 forager bees were placed in an artificial environment containing four different “feeders.” These feeders contained solutions with varying amounts of sucrose — a sugar often used to feed bees.

Feeders were placed on pads, two of which were pink, and two that were yellow. For each bee, one color was associated with a high-quality feed containing 40% sucrose, and the other with an alternative feed that contained a different percentage (ranging from 10% to 40%). The bees first explored the environment with none of the pads causing a painful sensation. During this time, they would familiarize themselves with the feeders and learn which ones provided the highest quality feed.

After a 45-minute break from their initial forage, the bees re-entered the testing arena. Now, the high-quality feeders were heated to 55°C (131°F) — a temperature that would be painful for the bees.

It was found that bees generally preferred the high-quality feeders to the alternative ones. This preference decreased as the amount of sucrose in the alternative feeders increased (e.g., from 10% to 40%). This is because the difference in reward between feeders would not be as great.

Things changed when the painful heat was introduced. If the alternative feeder contained only 10-20% sucrose, bees appeared to be willing to endure pain to feed from the 40% feeder. If the unheated feeder was of higher quality (30-40%), bees were more likely to feed from them and spent less time at the heated feeder. This suggests a motivational trade-off — bees’ response to pain depended on the other options available to them.

Importantly, bees showed less evidence of “landing but not feeding” events in their final forage, compared to their first. This suggests that bees had learned to use the color and location of feeders to know which ones to feed from, and they weren’t just testing them out each time. This means that bees were using their memory of the environment to respond to any pain they experienced while feeding.

Overall, this study suggests that bumblebees are able to feel and respond to pain. They are not blindly drawn to whatever behavior will give them the most sustenance. Instead, bees avoided pain, but only when the alternative option was worth it.

As the researchers note, the relationship between sensation, pain, and suffering is very subjective. The capacity for sentience and suffering in insects remains an open question, and one on which there is a lot of disagreement. We cannot know for sure that insects experience pain in the same way we do. We also can’t know whether behaviors we see in certain species, like bumblebees, also exist in other insects.

This question matters. For example, evidence for pain and suffering would affect how we think about the welfare of farmed insects. While findings like these are not conclusive, they help us build on our understanding of how insects experience and respond to the world. The “precautionary principle” argues that, given evidence that insects might experience pain, we should err on the side of caution and do our best to prevent it. As the authors of this paper note, in this case, following the precautionary principle would mean it’s important to think seriously about the welfare of insects in captivity. Using evidence like this could be helpful when pushing to include insects in animal protection efforts.

Wildfires are traumatic for animals. This blog explores how wild animals cope with the physical and psychological stress of wildfires and suggests how advocates can help.

Artificial intelligence (AI) systems impact animals in many ways. This paper presents an argument for including animals in AI ethics. 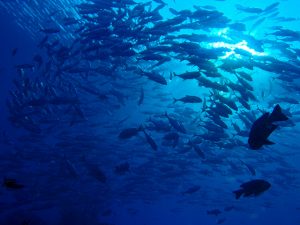 A new paper makes a case that, when it comes to animals whose sentience has not be fully backed by science, we should act with precaution.