Scientists find that honeybees increase their food intake upon injury, but do not self-administer pain medication.
EXTERNAL STUDY This is a summary of an external study.
Summary By: Lukas Jasiunas | Published: March 14, 2019
Photo by Afiq Nashiron on Unsplash

We’ve all experienced pain during our lives, but believe it or not, scientists still cannot pinpoint how best to determine whether other beings experience this sensation. Technically, pain is defined as an aversive sensation or feeling associated with tissue damage. And even though all animal groups show nociception (reactions to noxious stimuli), it is still not clear to what extent this reflex response is accompanied by a feeling of pain, discomfort or suffering. While more and more evidence supports the idea that all vertebrates experience pain, among insects it remains a very poorly researched and, often, highly controversial topic.

Most people think that invertebrates have a limited capacity to suffer, hence they are not included in animal welfare legislation and ethics guidelines in toxicological testing and many other fields. However, different studies have reported plastic behavior, intricate learning, and memory in some invertebrates, such as bees, flies, spiders, and slugs. Some behavioral scholars even go as far as suggesting that some crustaceans and mollusks feel pain.

In this study, a group of scientists from Australia explored the possibility of pain experience in the European honeybee (Apis mellifera). Honeybees are a promising model organism due to their impressive learning abilities and cognitive capacities which are often compared to those of vertebrates. As part of the experiment, the researchers tested the self-administration of an analgesic drug. The animals were given a choice between two feeders: one with pure sucrose solution, the other filled with a sucrose and morphine solution.

Two injuries were tested – a constant pinch on the leg, and an amputation of a leg. There was no significant difference in the consumption of the two solutions between the pinched and healthy bees. However, amputees drank significantly more solution in general compared to healthy bees.

It’s worthwhile to mention that whether via spatial or gustatory cues, the animals were able to discriminate the two feeders and their content effectively, making self-administration possible. However, the amputated bees did not shift their preference towards morphine, thus the results do not support the notion of experienced pain and seeking relief by self-administering the analgesic. Instead, the scientists propose that the increased intake of high caloric solutions could reflect elevated energy requirements among amputees.

While the results of this study do not provide evidence for bees self-administering morphine in response to pain, they do suggest that injured bees increase their overall food intake. The scientists conclude that further experiments are needed to learn more about the potential pain-like states that exist in honeybees and other insects.

Though not conclusive, animal advocates will nevertheless be pleased with researchers’ active efforts in assessing emotional states in insects and the apparent academic interest in determining how such animals perceive what we understand as painful experiences. Future experiments could look out for avoidance learning and protective motor reactions – signs of more complex responses, implying central processing compared to simple nociceptive reflexes. However, animal advocates will no doubt notice the potential suffering inherent in such experiments, and demand that scientists try to conduct such research without causing serious injuries. 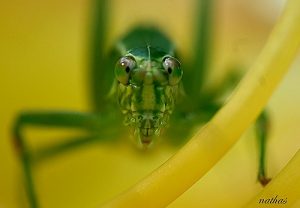 This review of the scientific literature on insects and their capacity for pain touches on various fields of research, including robotics. 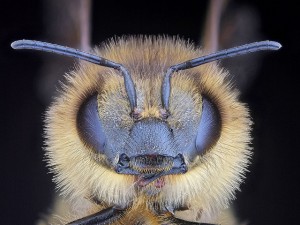 An Insect’s Life: How Do We Measure Insect Welfare?

Trying to figure out how to evaluate and measure the suffering and quality of life for insects is a new field of research.