This article presents a comprehensive review and evaluation of the U.S. Fish and Wildlife Service's Red Wolf Recovery Program. The paper looks at the human, scientific, and environmentally caused struggles that red wolves have faced, and explains how the combination of different factors has created a particularly challenging climate for red wolves, even as a protected species. Even though the Recovery Program has arguably been successful in protecting red wolves and breeding them for reintroduction, the authors provide this analysis in the hope of improving the success rate of the Recovery Program even further.
FULL TEXT The full text of this article is available.
PEER REVIEWED This article has been peer reviewed.
Summary By: karol orzechowski | This is a summary of an external study | Published: January 22, 2015
Image by Flickr user mikec_905, under Creative Commons License 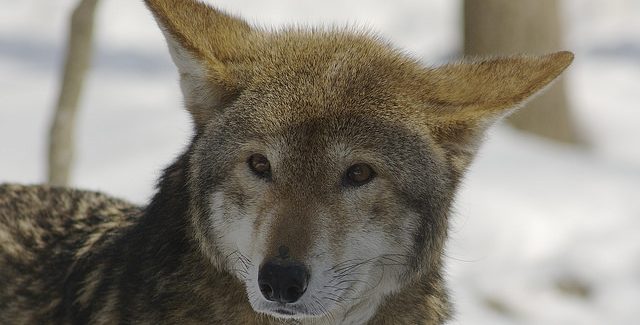 This article presents a comprehensive review and evaluation of the U.S. Fish and Wildlife Service’s Red Wolf Recovery Program. The paper looks at the human, scientific, and environmentally caused struggles that red wolves have faced, and explains how the combination of different factors has created a particularly challenging climate for red wolves, even as a protected species. Even though the Recovery Program has arguably been successful in protecting red wolves and breeding them for reintroduction, the authors provide this analysis in the hope of improving the success rate of the Recovery Program even further.

The history of wolves in North America is a complicated and storied one. Living in relative harmony for centuries, the arrival of colonialism heralded a time when they “[were] extirpated from much of their historical ranges in North America by government-supported eradication campaigns protecting agricultural and livestock interests. […] Red wolves were likely the first New World wolf species to come in contact with Europeans and, consequently, the first to be persecuted.” However, with the passage of the Endangered Species Act (ESA) in 1973, they became the subject of the Red Wolf Recovery program, aiming to capture, breed, and release them back into the wild. Between 1973 and 1980, the program itself struggled: “approximately 400 canids were captured and 43 met the morphological standards to be considered red wolves. Breeding experiments were then conducted with those 43 individuals and, eventually, 14 individuals met the criteria established to define the species. These individuals were used as the founders to begin the captive-breeding program. The red wolf was declared extinct in the wild in 1980, becoming the first species to be purposely extirpated in the wild to save it from extinction.” In 1987 the U.S. Fish and Wildlife Service (USFWS) released eight captive born red wolves (four male/female pairs) into a recovery area. Over the next 25 years, the program made some inroads, but according to current numbers, more than half of the red wolf population exists in captivity, with about 200 red wolves kept in about 40 captive facilities around the US.

The challenges faced by red wolves in the past and present are numerous and vary widely. Human interference in the form of hunting, as well as human populations encroaching on wolf habitat, has been a major driver in red wolf mortality. In the early days of the Recovery Program, “mortality rates were high as captive-born wolves were hit by cars, drowned, succumbed to disease, or were attracted to townships.” Even decades after the Endangered Species Act and Red Wolf Recovery Program were implemented, the authors note that “Increased mortality by gunshot during the hunting season has reduced the number of red wolf packs, lowered red wolf survival, and has facilitated coyote expansion into the Recovery Area.” However, despite the human and environmental challenges faced by the wolves, one of the biggest struggles they have yet to overcome is that they are “plagued by taxonomic controversy regarding [their] origin and arguments against the systematic validity of the red wolf have been used to oppose red wolf restoration.” In other words, because of their genetic similarity to (and hybridazation with) other wild canids, some argue that red wolves as such do not need protection, as they are being effectively assimilated into other species’ populations through interbreeding. Further to this, there is simply not enough historical data to make concrete conclusions about when and how red wolves emerged: “massive loss of historic and geographic genetic data and recent genetic introgression by coyotes continues to hinder consensus on red wolf origin.” There are “significant voids” in the data, and though researchers are somewhat certain that the red wolf is a hybrid of gray wolves and coyotes, the range of time that they think these “hybridazation events” occurred is anywhere from 250-13,000 years ago.

One key to maintaining a genetically distinct red wolf population may lie in understanding the traits that facilitate behavioral and ecological differences between red wolves and coyotes. Indeed, some red wolf recovery efforts have actually concentrated on sterilizing certain coyote populations to prevent further hybridization, and to foster the ability to understand the two species separately. The authors here conclude that “although hybridization, inbreeding, and demographics were discussed separately, these three issues are intrinsically related because they are influenced by the presence and management of coyotes. Therefore, these issues are complex and controversial causing management plans to promote recovery efforts to be more difficult than planned.” It is a situation fraught with scientific and ecological difficulty, exacerbated by human cultural conceptions of both wolves and coyotes as pest species that interfere with human activities, such as agriculture.

Original Abstract:
By the 1970s, government-supported eradication campaigns reduced red wolves to a remnant population of less than 100 individuals on the southern border of Texas and Louisiana. Restoration efforts in the region were deemed unpromising because of predator-control programs and hybridization with coyotes. The U.S. Fish and Wildlife Service (USFWS) removed the last remaining red wolves from the wild and placed them in a captive-breeding program. In 1980, the USFWS declared red wolves extinct in the wild. During 1987, the USFWS, through the Red Wolf Recovery Program, reintroduced red wolves into northeastern North Carolina. Although restoration efforts have established a population of approximately 70–80 red wolves in the wild, issues of hybridization with coyotes, inbreeding, and human-caused mortality continue to hamper red wolf recovery. We explore these three challenges and, within each challenge, we illustrate how research can be used to resolve problems associated with red wolf-coyote interactions, effects of inbreeding, and demographic responses to human-caused mortality. We hope this illustrates the utility of research to advance restoration of red wolves. 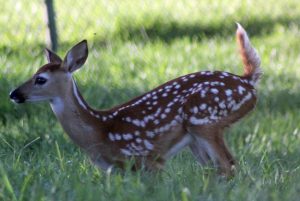 This survey of whitetail deer hunters from across the U.S., undertaken by Outdoor Life Magazine, aims to give a broad and detailed picture of the condition of the whitetail deer population across the country, which the magazine describes as "at a crossroads." Though there have been numerous environmental factors that have impacted whitetail populations, the survey concentrates on hunters' perceptions to gauge how healthy the deer population is on the ground. The result is a comprehensive survey of hunters' views, not only of deer populations, but also how they are being "managed" by state agencies.

Private Land And Public Good: A Study In Bird Conservation