Overcoming The Illusion Of Public Opinion

Deliberative opinion polls may be an invaluable tool for animal advocates to determine future public opinion and to see the effect of certain information on their attitudes to issues.
Author: Faunalytics | Published: February 28, 2008
Image by Flickr user Andrey

In my last post, I talked about why the “illusion of public opinion” can lead some opinion surveys to overstate the public’s knowledge and awareness of “fringe” issues like animal protection. But not all is lost! Surveys are still a valuable tool for animal advocates, and they can be made more meaningful with a few simple improvements.

One approach to getting around the small problem of an uninformed public is to conduct a “deliberative opinion poll.” These include before-and-after surveys of a representative group of people, with a period in between where respondents are informed about the issues through print materials, discussions, etc. The goals are to understand the impact of “deliberation” on people’s opinions, and to gauge differences in the opinions of those who are well-informed vs. those who are less informed. Deliberative polling was developed in 1988 by James Fishkin, who described the process in the following way (for more, see http://cdd.stanford.edu/polls/).

Deliberative polls do not describe today’s world, but rather the world of the future, when people are (hopefully) more engaged in discussing and learning about animal issues. This future may be years or even decades away, but understanding the opinions of an informed consumer base may help advocates broaden that base much sooner.

Conducting more deliberative opinion polls could also uncover more challenges for the animal protection movement, but they may shed some much-needed light on which of today’s messages and strategies will have long-term appeal for an informed public. If you or your group is conducting a survey, consider adding a simple “deliberative” element by asking your respondents how knowledgeable they are about the issue. That way you can segment responses by level of knowledge and start to understand these kinds of differences.

Another way to separate well-informed respondents from their less informed counterparts is using the “Mushiness Index,” devised by Daniel Yankelovich. The index separates respondents who have strong, informed, and/or firm positions on a particular topic from those who have relatively weak or ignorant positions. (For details of the Mushiness Index, read this description from the Illusion of Public Opinion (Google Books)

In a nutshell, the Mushiness Index is based on four key questions that could be applied to animal issues: 1) How much respondents feel “personally affected” by the issue; 2) Whether or not they feel they have enough information about it; 3) How often they discuss the issue with family and friends; and 4) How firm is their position on the issue? Together, these four variables can describe the volatility — or “mushiness” — of respondents’ opinions.

Using surveys to understand what people (i.e., your target audience) think about animal issues is incredibly important. But it may be equally important to understand the differences between those who have given the issue more thought versus those who only form an opinion when asked to do so by a telephone interviewer. In any case, animal advocates can do much to improve their survey design and understand the true nature of public opinion.

What do you think? Do most people have well-formed opinions of animal protection issues, or not? Share your thoughts by clicking on “add new comment” below. 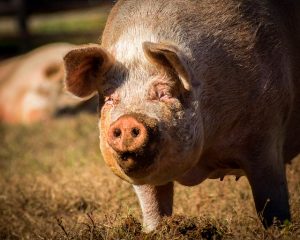